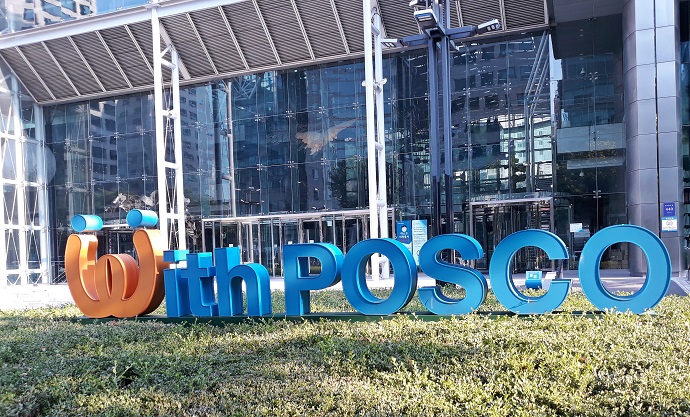 POSCO Holdings Inc. has signed a memorandum of understanding with its affiliate POSCO Engineering & Construction Co. and major hydrogen company Approtium Co. to cooperate on the blue hydrogen business.

Approtium is the country’s leading hydrogen-focused company, which supplies some 40 percent of industrial hydrogen.

Blue hydrogen is produced from natural gas but eliminates emissions by capturing and storing the emitted carbon.

Under the deal, the three will invest more than 200 billion won (US$139 million) in facilities that capture emissions, which could help produce 40,000 tons of hydrogen annually.

Earlier, POSCO Group said it will also spend 10 trillion won by 2030 on its hydrogen business and spend big on renewable energy and other eco-friendly businesses.