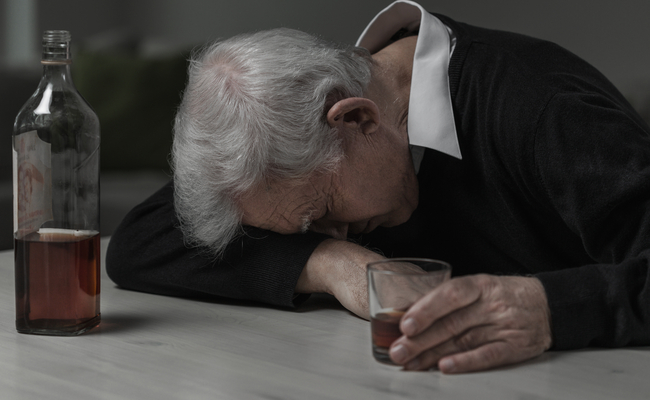 A total of 25.6 suicides per 100,000 across the entire population — a statistic that is equates to one suicide per 40 minutes or 36 suicides per day — is South Korea’s alarming suicide rate in 2016. (Image: Korea Bizwire)

South Korea bears the undesirable distinction of having led all OECD countries in suicide rate for thirteen straight years from 2003 to 2016. Figures provided by Statistics Korea show 13,092 suicides were committed in 2016. Disturbingly, this figure could be considered low, as 524,000 actually attempted but failed to “successfully” commit suicide.

To strip the country from the ignominy of maintaining a suicide rate twice that of the OECD average (12.1), the government announced on January 23 that it would look to lower the suicide rate to 17 per 100,000 by 2022.

To reach its goal, authorities will have to think creatively; unlike other developed countries, economic, social and cultural struggles factor heavily in South Korea’s ongoing suicide epidemic.

To strip the country from the ignominy of maintaining a suicide rate twice that of the OECD average (12.1), the government announced on January 23 that it would look to lower the suicide rate to 20 per 100,000 by 2022. (Image: Yonhap)

Police records from 2016 show that 36.2 percent of suicide motives were attributed to psychological issues, but not far behind were financial struggles at 23.4 percent. Also playing a significant role were physical ailments at 21.3 percent, and family disputes and work-related problems at 8.9 percent and 3.9 percent, respectively.

Financial struggles have consistently played a part in pushing up suicide rates in the past. In the economic crises of 1997, 2002 and 2008, suicide rates climbed as unemployment, comparative poverty levels and general economic inequality grew.

That money worries correlate with an increasing suicide rate spells trouble for a massively aging population with rising household debt-to-income ratios. A Bank of Korea study found debt among the elderly aged 75 and older was higher than that of the demographic between 65 and 74 years of age.

Social cohesion or the lack thereof is also pointed to as a reason for the prevalence of suicide.

In the last five pentennial studies into social cohesion carried out by the OECD, South Korea placed 29 out of 30.

With a looming future in which one in five South Koreans are seniors, safety nets for some of the most vulnerable to suicide are in dire need. (Image: Yonhap)

This poor showing means that compared to the vast majority of OECD nations, South Korea has greater levels of age, gender, and wealth related prejudice, as well as a general dearth of social trust. Furthermore, it is unlikely that individuals can attain economic and social success through education, and resolving social problems through democratic means remains a challenge.

Experts also say a cultural tendency to be overly concerned with what others think exacerbates suicide rates.

Finally, a study into national psychological health for 2016 discovered that one out of four South Koreans experienced psychological problems at least once in their lives, but only 22.2 percent of these individuals made use of mental health treatment services.

Based on these causes, it is little surprise that the elderly, with a suicide rate of 53.3 per 100,000, have been especially at risk of choosing death at their own hands.

The Gyeonggido Family and Women Research Institute’s survey on provincial residents’ psychological health found that teenagers, and individuals in their 60s and 70s were three demographic groups in greater need of treatment for depression and suicide prevention.

While the government has declared exhaustive posthumous investigations into the 70,000 suicides that occurred from 2012 through 2016 as well as establishing 1 million “gatekeepers” who can serve as community watchers in providing suicide prevention measures, of interest are the various methods in which other countries are helping elderly citizens at risk of suicide.

In neighboring Japan, delivery and utilities maintenance workers watch for omens that portend of “lonely deaths”. In France, community clubs for the elderly provide social cohesion, and Australia is home to programs in which seniors without a social support system can be “adopted” by others.

With a looming future in which one in five South Koreans are seniors, safety nets for some of the most vulnerable to suicide are in dire need.