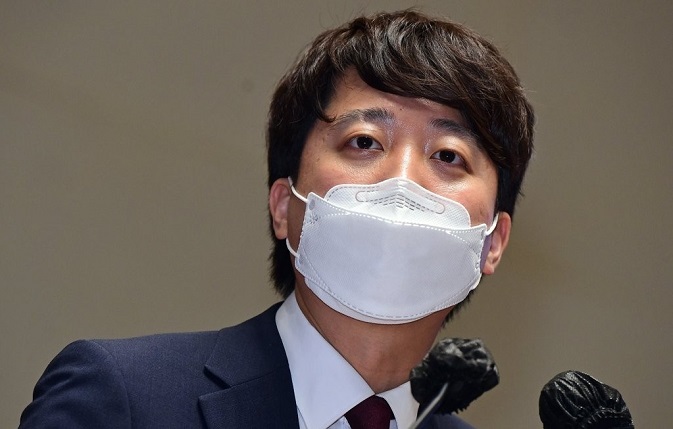 Lee Jun-seok, the People Power Party’s new chairman, speaks during a party meeting at the National Assembly in Seoul on June 14, 2021. (Yonhap)

SEOUL, June 17 (Korea Bizwire) — The conservative main opposition People Power Party (PPP) has seen an influx of new members, especially those in their 20s and 30s, in the wake of the sensational ascent of young new party leader Lee Jun-seok.

According to party officials, some 23,000 people nationwide have joined the PPP as new members since May 12, including 10,000 who joined through online processes.

The figure marks about a tenfold increase from the same period a year earlier, which came amid Lee’s surprise ascent to the party leadership.

“The PPP is witnessing an increase of new members throughout all generations, but it has seen an obvious, noteworthy growth in the ratio of (party members in their) 20s and 30s,” a PPP official noted.

The 36-year-old Harvard-educated politician without experience as a lawmaker entered the PPP’s leadership race as an underdog but won a surprise victory in the primary in late May against big-name senior rival candidates and was finally elected as the new party chairman last week.

Having pledged to expand the party’s online members by up to 30,000, Lee was elated at the news of the recent influx.

“From what I have been informed of, the size of the increase is unprecedented,” Lee told reporters a day earlier.

“I will work hard until the influx becomes sustainable and forms the environment for democracy based (decision-making by) all party members.”

Against such a backdrop, FM Korea, an internet community frequented by male users in their 20s and 30s, has recently witnessed a steady flow of online postings about users’ experiences of joining the biggest conservative party. 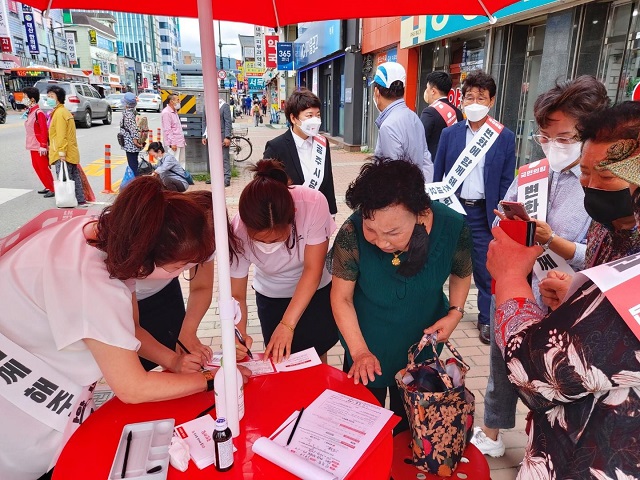 PPP legislator Han Ki-ho, the head of the party’s regional branch in Gangwon Province, touted the recent phenomenon as “Rush to enter the PPP” on his SNS account.

“Amid the sensation that started with Lee’s announcement to run for the party leadership, the number of new online members (of the Gangwon branch) shot up by fourteenfold,” Han noted.

The trend has been also salient in the country’s Honam region encompassing South and North Jeolla Province, which is traditionally the backbone of the support base for the liberal political forces represented by the ruling Democratic Party.

According to the PPP’s regional office in North Jeolla Province, the monthly number of its new online members spiked from the average of five to 130 just in the first 15 days of June, in the wake of Lee’s election.

“The internal party atmosphere, which had been in a depression since its crushing defeat in last year’s parliamentary elections, started to be revived thanks to its (April) by-election victories,” another PPP official said.