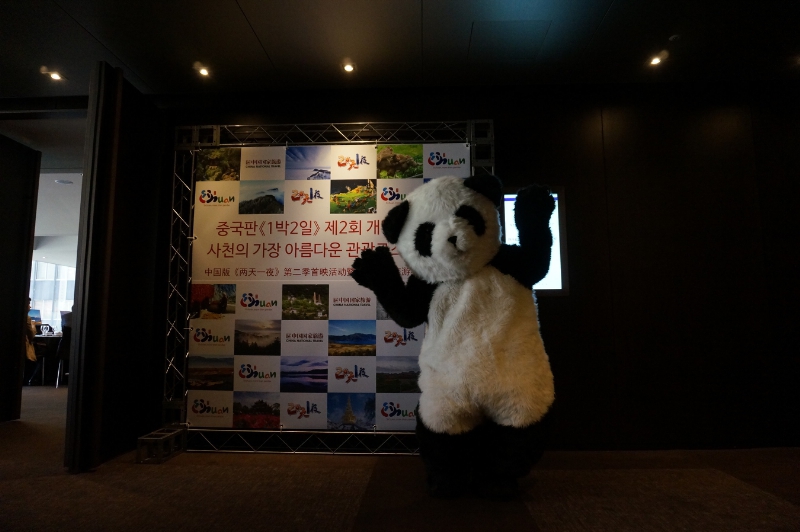 SEOUL, Nov. 5 (Korea Bizwire) — On the morning of November 4, 2015, the Premiere of the Second Session of 2 Days & 1 Night (Chinese Version) in Korea and the Promotion of the Most Beautiful Tourist Routes in Sichuan was held at THE PLAZA Hotel in Seoul and sponsored by the Tourism Administration of Sichuan Province and undertaken by China National Travel.

Mr. Dong Minjie, Consul-General of the Embassy of the People’s Republic of China in the Republic of Korea, attended the conference and delivered a speech.

On the Premiere, Mr. Dong Minjie pointed that the variety show is co-planned by Tourism Administration of Sichuan Province and China National Travel with the cooperation of KBS, and its broadcasting on Korea KBS-N introduces Sichuan to Korean audiences and will promote the tourism resources in Sichuan.

The representative of the Tourism Administration of Sichuan Province briefed the audience on the rating of the First Session in Korea and announced that the Second Session will be broadcasted on Korea KBS-N at 19:00 on November 17, 2015.

2 Days & 1 Night, the well-known variety show on KBS was introduced to China by the Tourism Administration of Sichuan Province and China National Travel in 2013 and rapidly ranked first in variety shows. The Chinese Version was launched in Korean on KBS in November 2014 with good audience ratings and becoming the first traveling variety show in China that was broadcasted abroad. The second session was shot in such famous scenic areas in Sichuan: Mt. E’mei, Leshan, Jiayang Mini Train, Lugu Lake and Danba.

Yan Xiangyu, Manager of the Marketing Department of Korea National Tourism Organization Chengdu Office, pointed out that the premiere in Korea will promote the exchanges of tourist cultures and tourist products between China and Korea, and provide more chances for Korean audiences to view Sichuan, know the history and cultures of Sichuan and visit China and Sichuan.

More information on the Korean version of the Offical Website for Sichuan: www.tsichuan.com