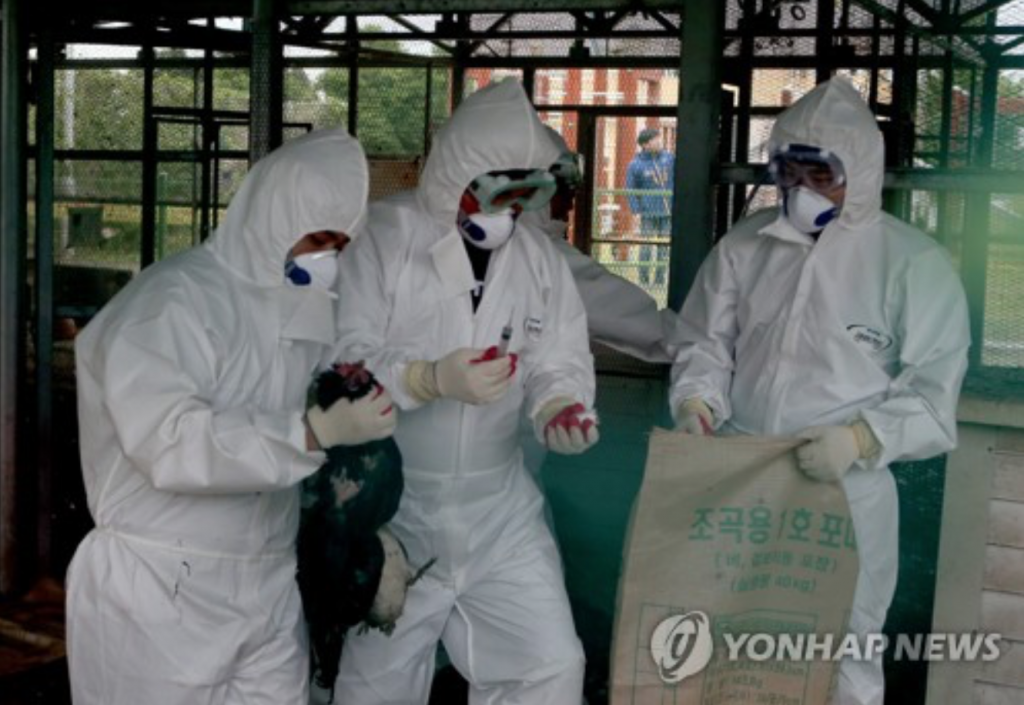 South Korea had put an end to its worst bird flu outbreak only a few months earlier and only after killing more than 30 million birds. (image: Yonhap)

The proposed measures to fight the spread of bird flu came one day after the country reported a suspected case on the southern resort island of Jeju.

Details of the reported measures could not be confirmed immediately, but the government earlier said it may consider a temporary ban on sales of live poultry.

Some 30,000 birds on Jeju island have also been culled.

President Moon, however, said those measures seemed like an automatic response.

“The reported measures seem to be a formality. We must thoroughly understand the situation that a variation of avian influenza may be becoming indigenized,” Cheong Wa Dae spokesman Park Soo-hyun quoted the president as saying.

The Cheong Wa Dae official noted the president has also ordered Prime Minister Lee Nak-yon to take charge in the fight against the animal disease until the disease is completely eradicated.

South Korea had put an end to its worst bird flu outbreak only a few months earlier and only after killing more than 30 million birds.