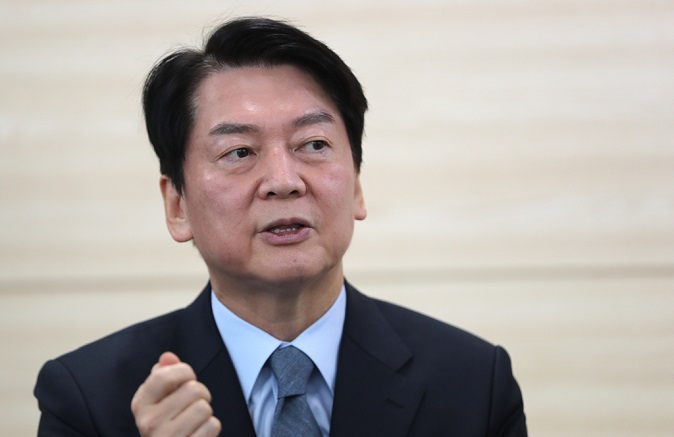 Ahn Cheol-soo, the leader and presidential candidate of the People’s Party, speaks to Yonhap News Agency at the party’s headquarters in Seoul on Nov. 2, 2021. (Yonhap)

SEOUL, Dec. 14 (Korea Bizwire) — Amid concerns that the financial condition of the National Pension Service will continue to worsen at a faster pace, the presidential candidate of the minor opposition party pointed out the problem in the national pension’s investment strategy.

During an internal meeting held at the National Assembly on Monday, Ahn Cheol-soo, leader of the People’s Party, said, “A U.S. company was looking for investors back in 2011. The company was engaged in the creation of a metaverse game platform.”

Later Ahnlab Inc. invested about 20 million won (US$16,900) in the company through a venture capital fund.

Ahn, the former medical doctor, established anti-virus software firm Ahnlab in 1995 and served as CEO until 2005.

Ahn explained “The share price of the company that Ahnlab invested in at 9 cents per share closed at US$115.89 on Friday, with the value of Ahnlab’s investment in the company skyrocketing from 20 million won to about 25 billion won.”

He added, “The name of the company is Roblox Corp., one of this year’s most searched words on Google by Koreans.”

“If the National Pension Service invested 1 trillion won or 0.286 percent of its reserve ten years ago, it could have chalked up massive investment gains that would contribute to easing concerns about the depletion of the pension,” Ahn stressed.

“This is a good example of showing the importance of insight for the future based on a science and technology-centered way of thinking.”