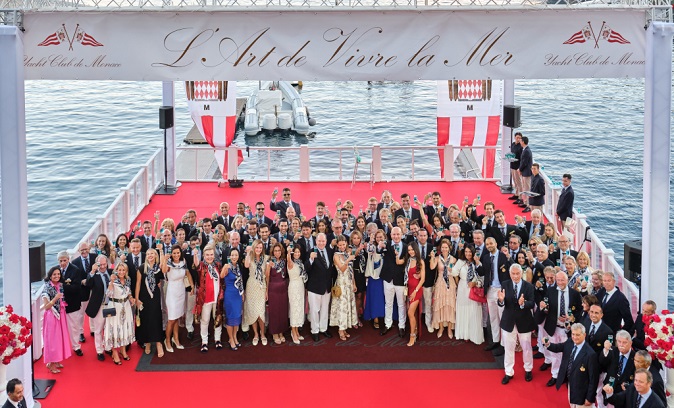 A party held for the Yacht Club of Monaco. Around 40 new members have joined the club, including British sailor Saskia Clark and former NBA basketball player Tony Parker. About a thousand people attended the party.

MONACO, July 4 (Korea Bizwire) — “The world of yachting must change to meet the challenges of a warming planet,” said Prince Albert II of Monaco, who is also president of the Yacht Club of Monaco.

“Faced with the climatic emergency that we are witnessing more and more every day, it is the entire yachting ecosystem that is concerned and must evolve: both the yachts and the port infrastructures. We must be agents of change and contribute to this transformation. It is for these reasons that I wanted our Yacht Club and My Foundation to support the Monaco Smart & Sustainable Marina Rendezvous. The aim is to present innovative solutions and encourage their implementation for the development of virtuous tourist ports,” said Prince Albert, speaking at the annual cocktail of the members of the Yacht Club of Monaco.

Some 40 new members have joined the club, including British sailor Saskia Clark and former NBA basketball player Tony Parker. About a thousand people attended the party. Prince Albert II also recalled that the club is organizing the Monaco Energy Boat Challenge from 4 to 9 July. All these initiatives are part of the Monaco Capital of Advanced Yachting, a project born in 2012 with the name of “Monaco Capital of Yachting,” a network brand whose aim is to consolidate the position of the Principality as a center of excellence in the yachting sector.

A photo accompanying this announcement is available at https://www.globenewswire.com/NewsRoom/AttachmentNg/2fda51ff-4d9e-40cc-aa34-15fd04f3dd1d