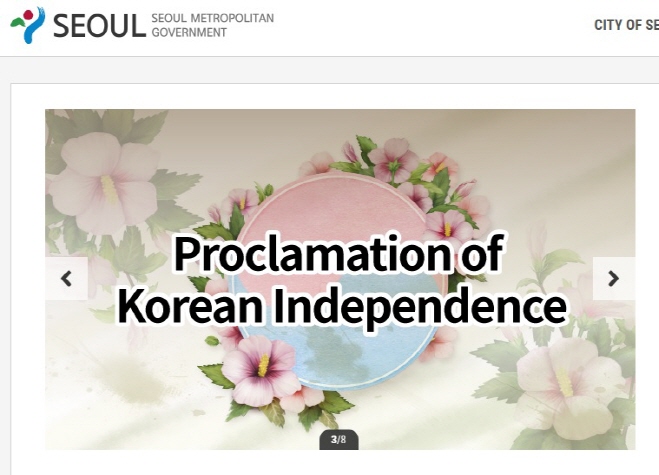 SEOUL, Feb. 14 (Korea Bizwire) — Voluntary Agency Network of Korea (VANK) announced on Wednesday that it had posted the March 1st Proclamation of Independence in six different languages on the Seoul Metropolitan Government’s website that was established to promote the city to the world.

The organization has translated the document into English, Japanese, Chinese, French and Spanish.

This means that many people from around the world who visit the Seoul city website can naturally read the Proclamation of Independence.

Furthermore, the February 8th Proclamation of Korea Independence has also been translated into five languages, and is also available online at the same Seoul city website.

VANK is also launching a social media campaign to publicize the February 8th Proclamation as well.