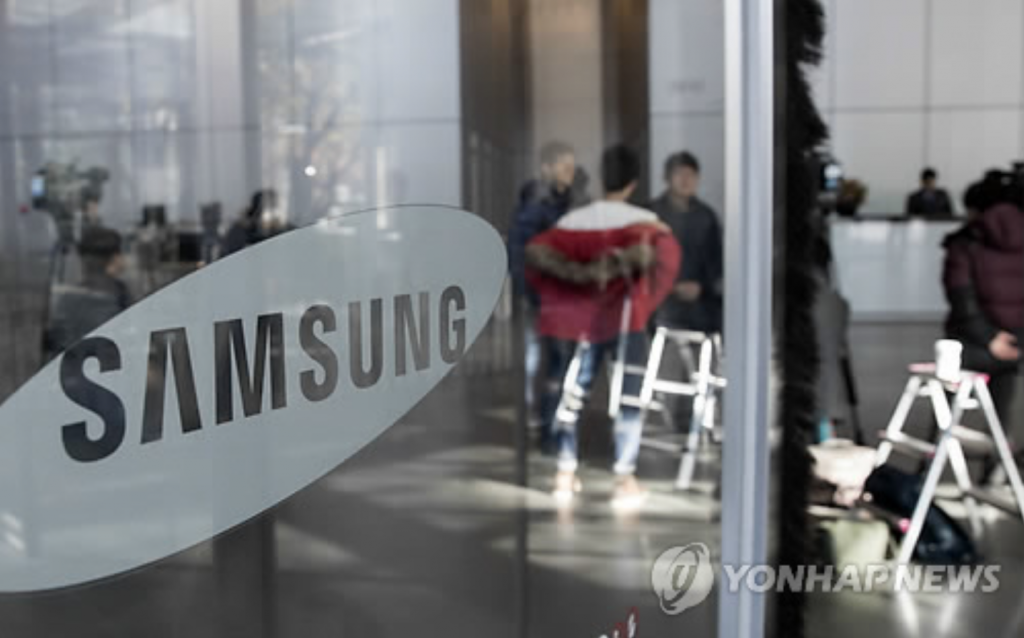 Reporters are seen in the lobby of the Samsung Group headquarters in southern Seoul on Nov. 15, 2016, as the prosecution raids Cheil Worldwide Inc., the group’s advertising unit. (image: Yonhap)

SEOUL, Nov. 15 (Korea Bizwire) – Prosecutors raided the offices of Cheil Worldwide Inc., the advertising unit of the country’s largest business group Samsung, on Tuesday over its alleged involvement in a snowballing influence-peddling scandal rocking the country.

The move came two days after the prosecution called in Samsung Electronics Co.’s Vice Chairman Lee Jae-yong, the heir apparent of the family-run group, to undergo questioning over cash donations to two nonprofit foundations allegedly set up and controlled by Choi, who has maintained ties with the president for over four decades. Choi is currently in custody over suspicions of peddling influence and amassing profits by using her friendship with the president.

The latest move follows another raid carried out on the head office of the conglomerate earlier this month, which marked the first time in eight years that Samsung’s main office was subject to a search by authorities.

Prosecutors suspect that the advertising company gave business favors to Choi’s niece. They are also looking into whether it was involved in the group handing over 3.5 billion won (US$3 million) to a company in Germany owned by Choi and her daughter Chung Yoo-ra to fund Chung’s equestrian training.

Also on Tuesday, prosecutors called in Lotte Group Chairman Shin Dong-bin to question him over the scandal-ridden foundations.

Prosecutors have already carried out a round of questioning on a number of South Korean business tycoons, including Hyundai Motor Group Chairman Chung Mong-koo and Samsung’s Lee, over the weekend.

There have been allegations that their one-on-one meetings with the president in July last year led to the groups’ massive donations into the two foundations later.

Prosecutors here have been accelerating their probe into the growing scandal, which has shaken President Park Geun-hye’s presidency, with her approval ranging plunging to a record-low level.

They are consulting with the presidential office Cheong Wa Dae with a plan to question Park later this week. Park has appointed a legal counsel to accompany her in what will be the first prosecutorial questioning of a sitting South Korean president in the country’s history.