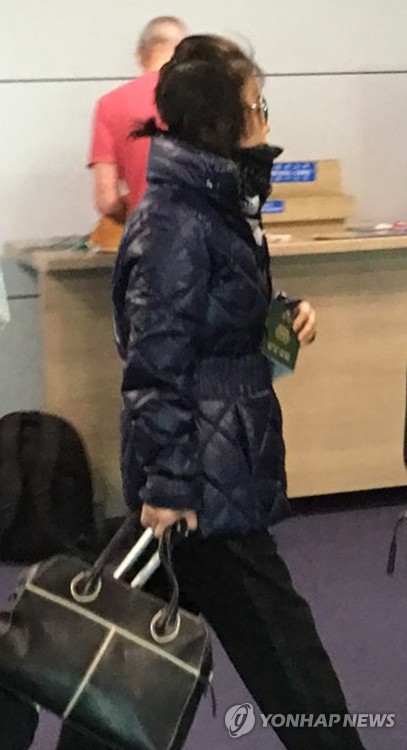 The investigation was scheduled for the day after Choi returned from Germany on Sunday morning around 7:35 a.m. (image: Yonhap)

SEOUL, Oct. 31 (Korea Bizwire) – Choi Soon-sil, a confidante of President Park Geun-hye, was summoned for questioning over charges of abusing her personal connections for influence and interfering in state affairs, prosecutors said Sunday.

A special investigation team of prosecutors summoned the South Korean woman to report to the Seoul Central District Prosecutors’ Office at 3 p.m. Monday.

The woman, who holds no governmental post, is suspected of interfering with state affairs via her decades-long friendship with the president.

The investigation will focus primarily on whether Choi illegally gained access to presidential documents and meddled in the operations of two public institutions — the Mir Foundation and the K-Sports Foundation. She is facing charges of forcing business enterprises to contribute some 80 billion won (US$7 million) to these foundations and of appropriating some of these funds for her own private use.

In addition, Choi will be investigated over allegedly using her political connections to get her daughter Chung Yoo-ra into Ewha Womans University and seeking unwarranted academic favors from professors there regarding her grades.

The investigation was scheduled for the day after Choi returned from Germany on Sunday morning around 7:35 a.m.

A day before her arrival, prosecutors raided the homes of presidential aides suspected of being involved in the scandal.