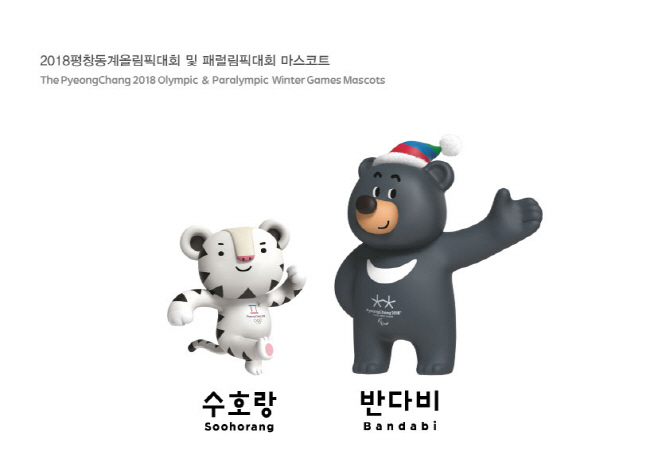 SEOUL, June 2 (Korea Bizwire) – A white tiger, a mythological guardian in South Korean folklore, will be the mascot for the country’s first Winter Olympics in 2018.

The POCOG noted that tigers traditionally represent the shape of the Korean Peninsula, and the white tiger is regarded as “a sacred guardian animal.” The color white is also indicative of the snow and ice of winter sports, the POCOG added.

“‘Sooho’ is the Korean word for ‘protection,’ meaning that it protects the athletes, spectators and all participants of the Olympic Games,” the POCOG’s English-language statement said. “‘Rang’ comes from the middle letter of ‘ho-rang-i,’ which means ‘tiger,’ and also from the last letter of ‘Jeongseon Arirang,’ a traditional folk music of Gangwon Province, where the host city is located.”

For the Winter Paralympics, the bear symbolizes “strong will and courage,” and the Asiatic black bear is the symbol of Gangwon Province, the POCOG said.

“The mascots are designed to express a wide spectrum of emotions such as passion, joy, enthusiasm and love to actively engage the public,” the statement added. “This type of design reflects Korea’s unique contemporary cultural trend of using visual characters to express emotions.”

Lee Hee-beom, head of the POCOG, said the mascots have been created “to embody the collective will of everyone for the successful hosting of the Olympic and Paralympic Games.”

“(The white tiger) is a beautiful animal, strongly associated with Korean culture,” she said. “It also symbolizes the close link between the Olympic Winter Games and the natural environment.” 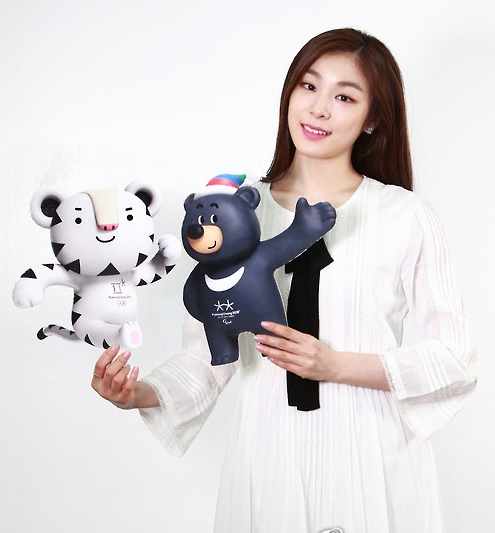