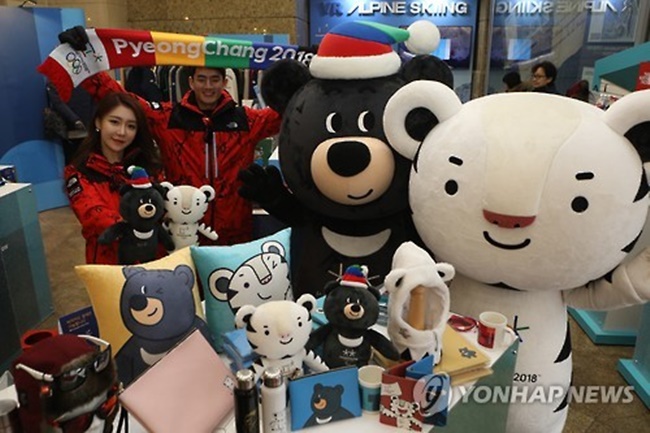 The PyeongChang Organizing Committee for the 2018 Olympic & Paralympic Winter Games (POCOG) said the official merchandise store of the games will open to the public Friday at Lotte Department Store’s Myeongdong branch in central Seoul.

The store, run by South Korean retail giant Lotte Group, also one of the sponsors for the PyeongChang Games, will sell products related with both the Olympics and the Paralympics in PyeongChang, Gangwon Province, some 180 kilometers east of Seoul. The POCOG said some 300 items, including stuffed animals of the PyeongChang Games mascots, Bandabi and Soohorang, are currently available for sale, but the number of products will double by the end of June and reach 2,000 by October.

The POCOG said the opening ceremony for the official store will take place Sunday, featuring its honorary ambassador and speed skater Park Seung-hi, as well as other South Korean celebrities.

The PyeongChang Winter Olympics will kick off Feb. 8 next year for a 17-day run.