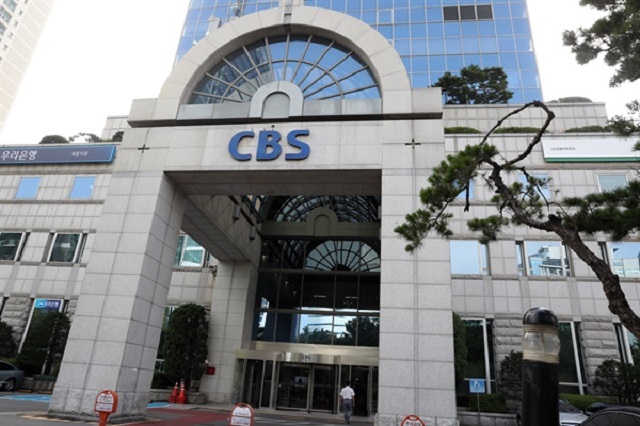 Seen here is the headquarters of CBS in Seoul. The broadcaster stopped its regular broadcast on Aug. 19, 2020, as one of its reporters tested positive for COVID-19. (Yonhap)

SEOUL, Aug. 20 (Korea Bizwire) — After remaining relatively COVID-19 free compared to the film and music industries, the broadcasting industry at last fell prey to the resurgence of coronavirus cases in the Seoul metropolitan area.

CBS Radio, a Christian broadcasting station based in Seoul, shut down its studios after a reporter who appeared on one of its shows tested positive for COVID-19 on Tuesday.

CBS told all of its employees to work from home and played music all day long instead of hosting live programming.

On Wednesday, KBS 2TV halted the shooting of a TV drama after an actor was confirmed to be COVID-19 positive.

As seen in the above-mentioned cases, broadcasting stations could be vulnerable to mass COVID-19 infections.

Regardless of whether it’s a TV or radio station, a large number of employees typically take part in the production process, and a variety of people move in and out of studios, making broadcasting stations vulnerable to the risk of mass infection if even a single person tests positive for COVID-19.

In particular, reporters usually interact with a large number of people since they cover news stories at different locations and with different people on a daily basis.

Although major broadcasting stations are moving heaven and earth to prevent the spread of the COVID-19, including all-out cancellations of face-to-face meetings, some experts say that such moves are not enough to effectively contain the COVID-19 pandemic.

“This issue is very difficult particularly for broadcasting stations, since the nature of shooting and reporting the news is based on the sharing of stories through person-to-person contacts,” said Chung Yeon-woo, a professor at Semyung University.