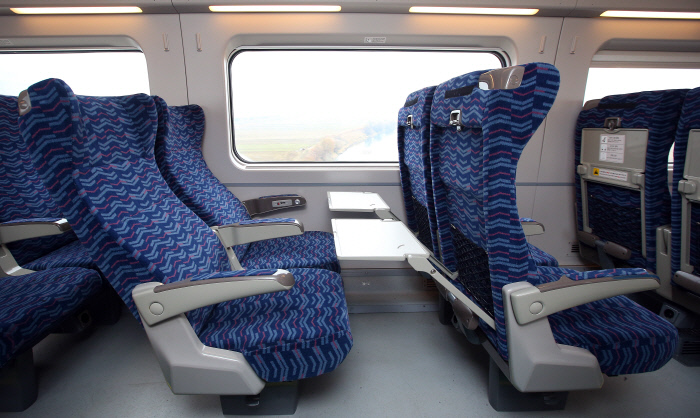 Fare evaders will be punished by paying for both the ticket and a special fare that costs 30 times the price of the original ticket. (Yonhap)

The system will primarily be used to crack down on the abuse of ticket returns after departure or the N card that offers discounts for certain stations.

A popular scheme in which a substitute person purchases a ticket that is returned once the offender takes the reserved seat and leaves on the train will be the main focus of the campaign.

In addition, the practice of purchasing a train ticket at a discounted price using the KTX N Card and exchanging it for a paper ticket at the station office to deliver it to the offender will be also be targeted.

Other forms of abuse, such as infringing upon people’s right to reservation by using a credit card to make multiple reservations and return them minutes before cancellation charges arise will also be monitored.

If the system detects suspicious patterns, it will notify the crew for investigation, enabling them to monitor suspicious cases from the train.

Fare evaders will be punished by paying for both the ticket and a special fare that costs 30 times the price of the original ticket in accordance with the law.

When KORAIL caught a person who evaded fares 121 times between Seoul and Gwangmyeong Station by abusing ticket returns after departure last July, the staff in charge had to go through the list of issued tickets manually for days.

“Fare evasions are becoming more rampant, and the methods increasingly sophisticated, while we had to depend solely on the manual experience of our staff,” said Hong Seung-pyo, head of customer marketing at KORAIL.

“We will now be able to root out illegal rides with the new big data system.”