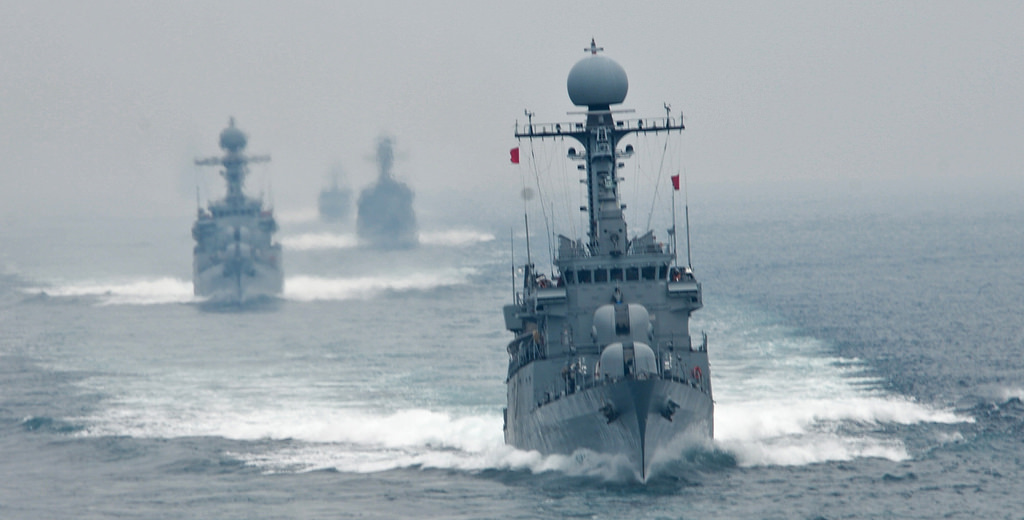 He pointed out that South Korea is actually more interested in building up its own indigenous Korea Air and Missile Defense to cope with North Korea’s ever growing missile threats. (image: Flickr/ Republic of Korea Armed Forces)

The Navy is moving to install new vertical missile launch systems on its three King Sejong the Great class ships that will allow them to launch the longer range SM-3 and SM-6 ship-to-air missiles, said the military source who declined to be identified.

At present, the ships are only able to fire off the SM-2 missiles with a range of 150 kilometers, which is insufficient to intercept ballistic missiles. The SM-3 can fly up to 500 kilometers, while the SM-6 has a range of 400 km. The SM-3, in particular, has the ability to attack targets at a higher altitude than the Terminal High Altitude Area Defense (THAAD) system and can reach speeds of Mach 7.8.

“Once the vertical launch systems are installed, the Navy will have the infrastructure to utilize the longer-range systems,” he said

The official said that the Navy is examining the purchase of more capable missiles as it reviews plans to build three more Aegis destroyers from 2023 through 2027.

He said for the current fleet, if the government were to buy 20 SM-3 per ship, it would cost taxpayers some 900 billion won (US$763 million) for the 60 units.

The government official said that while the purchase of the new missile and their use by the naval vessels may give the impression that Seoul is moving to become a part of the U.S.-led missile defense arrangement, the country said on numerous occasions that it will not do so.

He pointed out that South Korea is actually more interested in building up its own indigenous Korea Air and Missile Defense to cope with North Korea’s ever growing missile threats.

The Navy, meanwhile, said that while the SPY-1D phased array radar on the current Aegis ships is very capable they have limited use in tracking ballistic missiles. It said the new Aegis ships that Seoul wants to build will overcome these shortcomings by using improved radar systems.