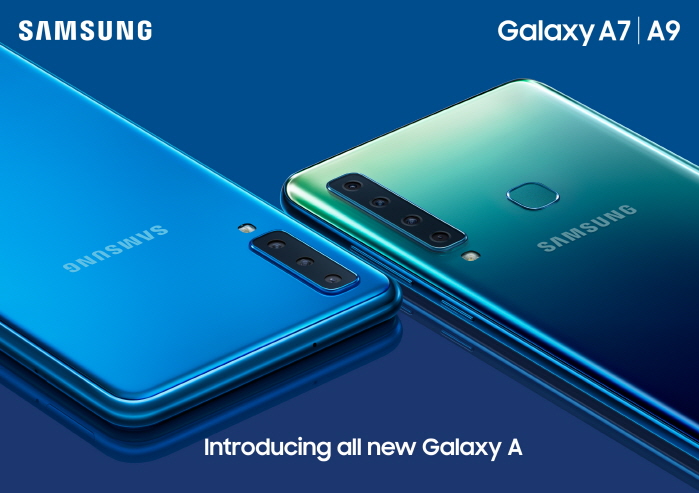 Samsung Electronics showcased the Galaxy A9 smartphone earlier this week, which marked its first handset to come with a whopping four rear cameras.

The Galaxy A9 comes with a 24-megapixel main shooter, along with a 10-megapixel telephoto, 8-megapixel wide-angle and a 5-megapixel depth camera, with emphasis on creating excellent depth of field. It also sports a 24-megapixel selfie camera.

The new device is significant as its price tag is expected to be around 700,000 won (US$612), which is relatively low compared to the flagship Galaxy Note 9 that hovers above 1 million won.

South Korean tech giants have been facing challenges in overseas markets amid the rise of Chinese rivals.

Huawei Technologies Co., which brought a smartphone with three cameras under spotlight in the first half by introducing the P20, plans to showcase another triple-camera handset, the Mate 20, later this month.