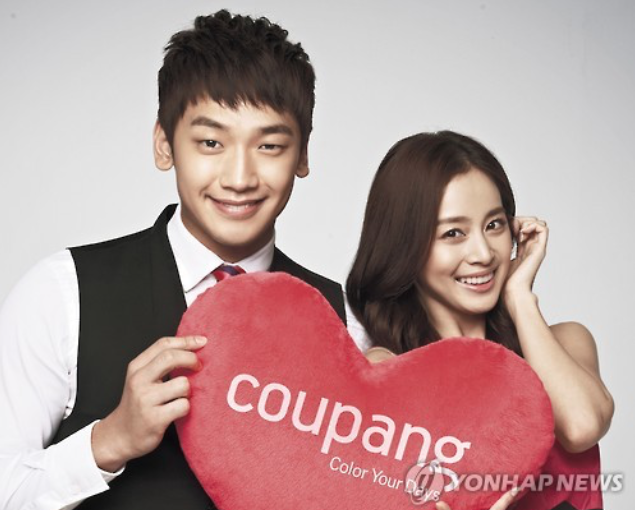 The 35-year-old Rain and the 37-year-old Kim met each other on a TV commercial set in 2011 and officially started dating in the fall of 2012. (image: Yonhap)

SEOUL, Jan. 17 (Korea Bizwire) – Singer Rain announced Tuesday he plans to marry Kim Tae-hee, an actress he has dated for over four years.

“I am going to be a good husband and a faithful man of the family,” he said in a handwritten letter posted on his Instagram account earlier in the day.

“She has always been beside me through both hard and good times and showed affection in many ways,” he said.

The date of marriage was not given, with Rain only saying, “Regarding the time and the wedding ceremony, (we) plan to have them in the most quiet and holiest manner possible given the unstable national mood and economically difficult times.”

But industry insiders said two stars will wed at a Catholic church on Thursday with members from both families attending as Kim is a devout Catholic.

Kim’s agency also confirmed the marriage, saying “They will hold a small but meaningful wedding where only their parents and other family members are to be invited, but have no specific plan for a honeymoon after the ceremony, yet.”

“They will take time before having a child, and will try their best to become a model couple.”

The 34-year-old Rain and the 37-year-old Kim met each other on a TV commercial set in 201l and officially started dating in the fall of 2012. Their relationship was made public on Jan. 1, the next year.

They have so far denied rumors on their immediate marriage. The rumors were renewed on Sunday when the singer released a love song believed to have been dedicated to his would-be bride Kim. “The Best Present,” Rain’s first song after three years of hiatus, was co-written by himself and rapper Psy.

Rain, whose real name is Jung Ji-hoon, is one of the most popular male celebrities in South Korea and a well-known star in other Asian nations.

His acting career began in 2003, when he played the lead role in KBS TV drama “Sang Doo! Let’s Go To School.” He has since appeared in many Korean soap series such as “Full House” and “A Love To Kill.” He also acted in Hollywood films like “Speed Racer” (2008) and “Ninja Assassin” (2009) and the Chinese TV series “Diamond Love.”