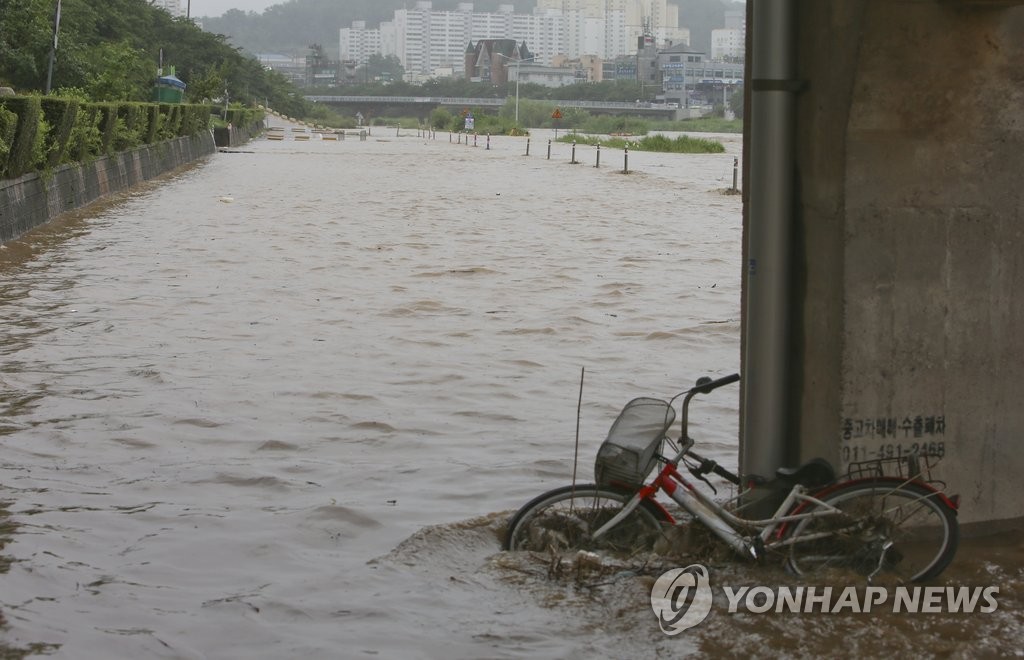 Better known as the East Asian monsoon, Korea’s rainy season is the result of a monsoonal flow that carries moist air from the Indian and the Pacific Oceans to East Asia. The monsoonal front usually strikes the peninsula from the south towards the end of June and moves north, fully dissipating by the end of July.

The Korea Meteorological Administration forecasted 30mm per hour of torrential rain in the central regions of the peninsula, which includes the Seoul metropolitan area, and Gangwon and Chungcheong Provinces, accompanied by wind gusts, lightning, and thunder, from July 4 to 6. 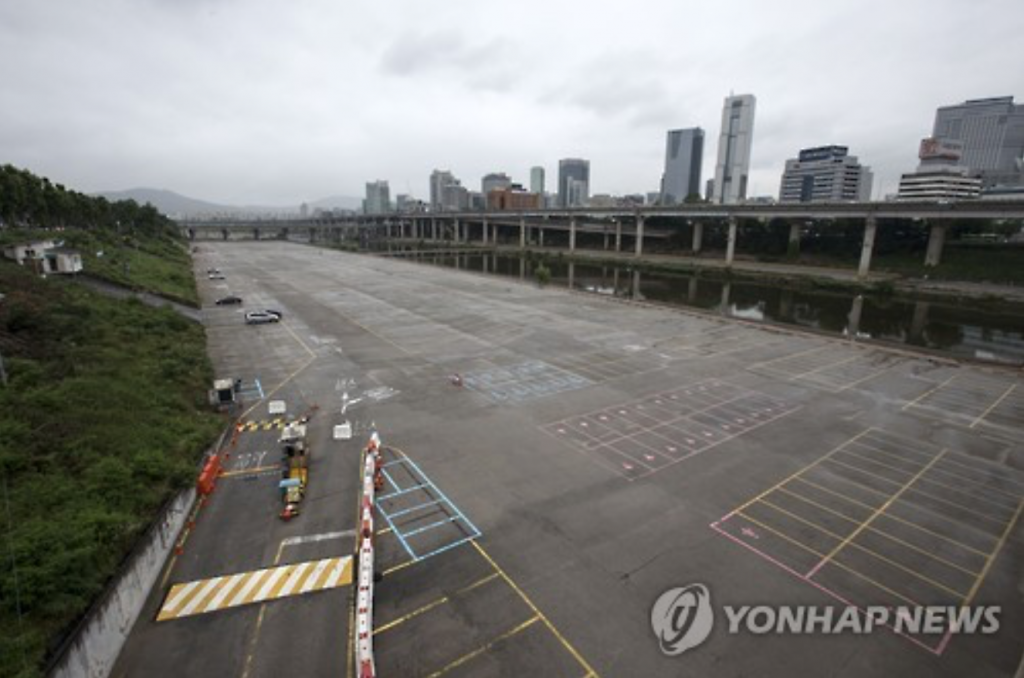 A mammoth parking lot near a major stream in eastern Seoul is empty on July 4, as cars have been moved in preparation for downpours. 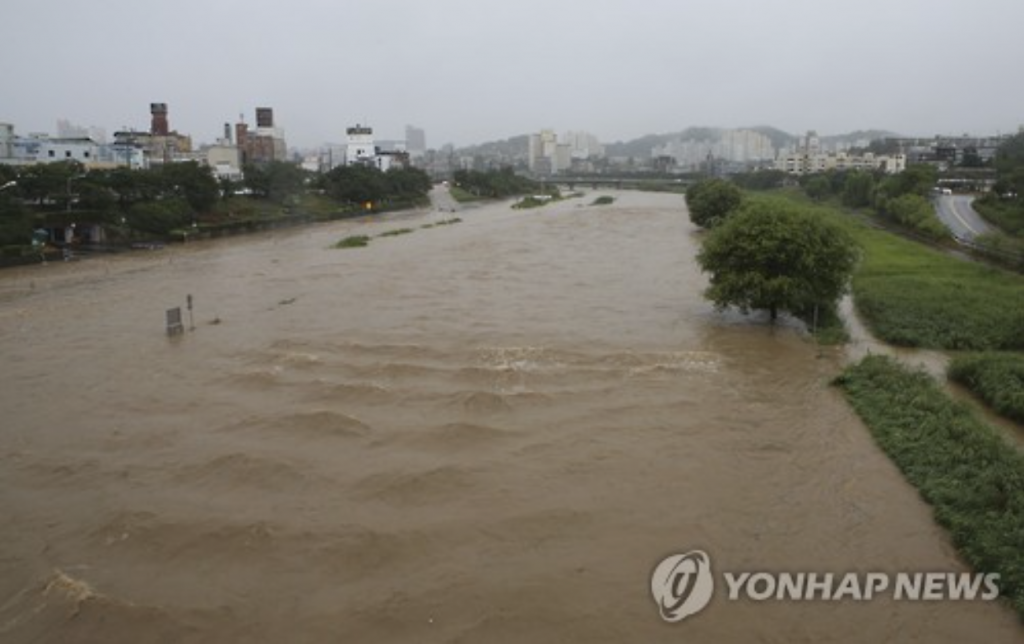 A stream cutting through the central city of Cheongju overflows its banks on July 4. 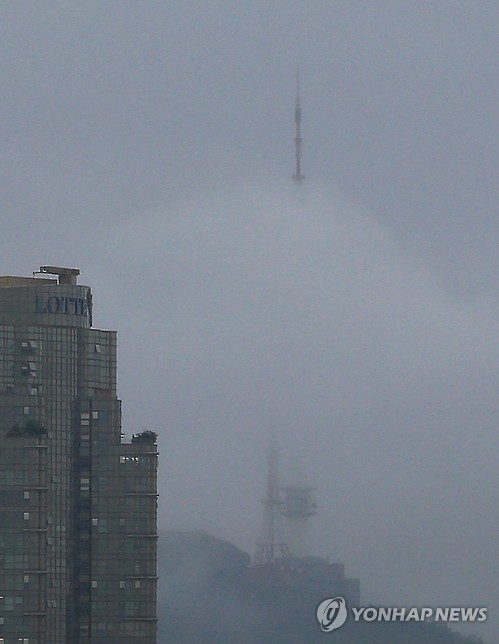 The top of N Seoul Tower is barely seen as the landmark on a hill in central Seoul is shrouded in cloud on July 4.