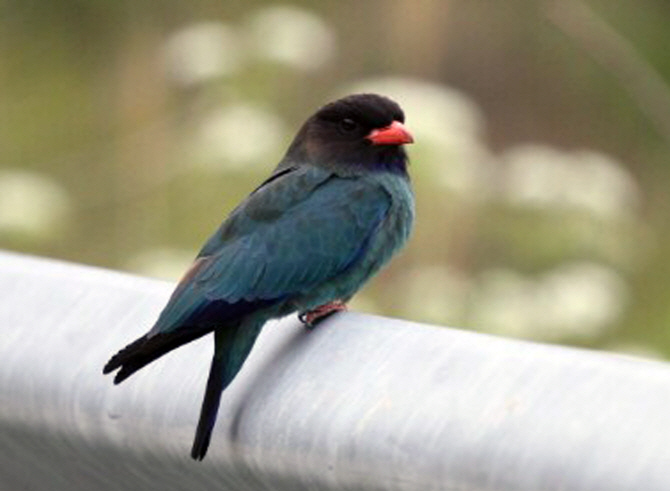 As blue birds in Maurice Maeterlinck’s play ‘The Blue Bird’ are hard to find, Cinnamon roller birds are rarely seen in Korea.

The birds spotted are currently resting at the island to recharge. Gageo Island is one of the Korea’s well-known rest stops for migrant birds.

According to ornithologist Go Gyeong-Nam, the island saw an unexpected number of Cinnamon roller birds passing through since April of this year.

He explains that Cinnamon roller birds aren’t actually blue, as they have black heads and tails, and red beaks.

However, their dark turquoise body reflects all kinds of enchanting colors at close sight.

Only by careful observation do Cinnamon roller birds show their true colors and live up to their Korean name.