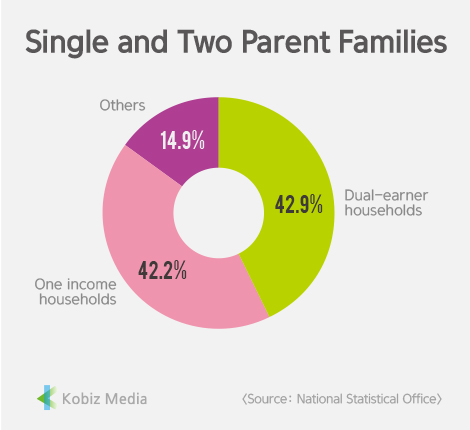 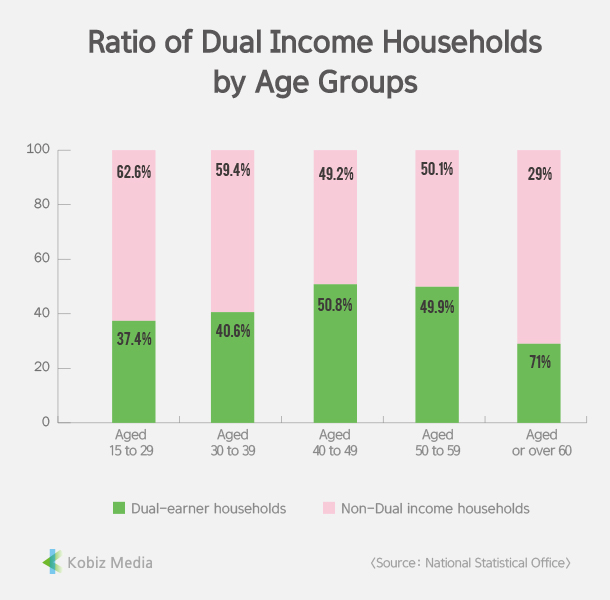 A recent survey showed that one in two Korean couples in their 40s and 50s are dual-income earners as they have to spend a large sum of money for their children’s education.

The National Statistical Office released a report titled “Variation of Dual Income Households in 2013” on June 25. According to the report, as of October last year, there were 11.78 million of households with spouses and among them, 5.05 million or 42.9 percent were dual-income households.

[Related Article] Half of Couples in Their 40s, 50s Are Dual Income Earners (Korea Bizwire, June 27)