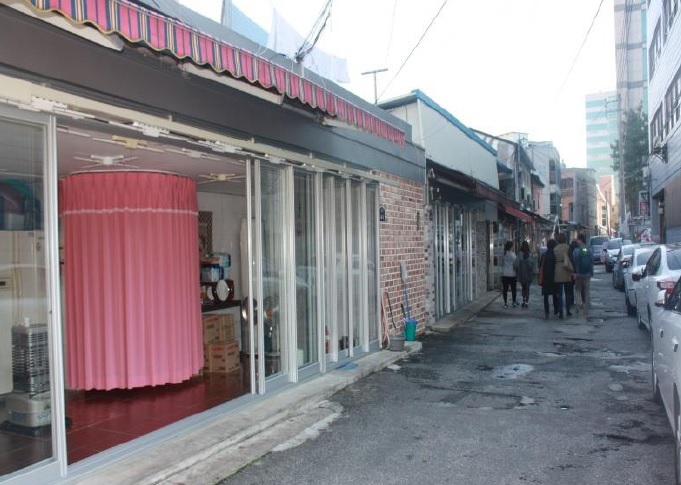 Seonmi Village, formed along the Seonosong-dong area since the 1960s, used to be a red light district accommodating as many as 400 prostitutes. (image: Jeonbuk Women’s Human Rights Center)

JEONJU, Aug. 2 (Korea Bizwire) — Seonmi Village, once Jeonju’s largest red light district, is turning into a village of art and culture, passing the first round of UNESCO certification.

Jeonju City in North Jeolla Province announced on Thursday that the Seonosong Art Village Project had been selected by the Korean National Commission for UNESCO (KNCU) as a certified project for Education for Sustainable Development (ESD).

The Seonosong Art Village Project will also be submitted for UNESCO certification on an international level.

Since 2011, the KNCU has been developing and introducing various Korean ESD models to the international society by discovering and certifying numerous cases of education for sustainable development in South Korea.

The Seonosong Art Village Project has invested 7.4 billion won (US$6.2 million) between 2016 and 2020 to renovate the old Seonosong-dong alley, a red light district, into a community space and a place for art and culture.

The KNCU has so far certified 96 projects in the country, but none of them has yet acquired international certification.

The project is bringing restaurants and various cultural and art programs into the streets.

Seonmi Village, formed along the Seonosong-dong area since the 1960s, used to be a red light district accommodating as many as 400 prostitutes.

Ever since the enactment of the Special Anti-Sex Trafficking Act in 2004, the number has dropped to 100.

Now, there are only around 50 sex workers left due to urban restoration projects and other ongoing renovations.