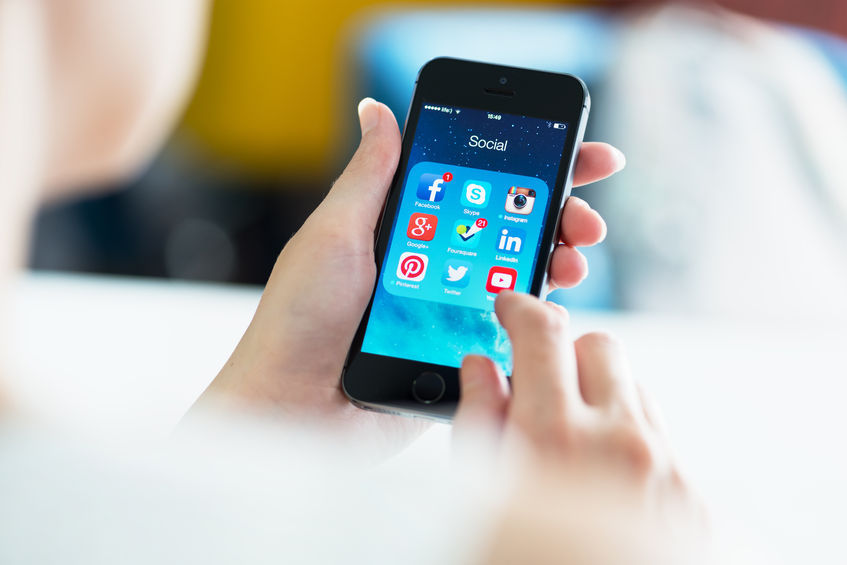 Among the top 50 popular apps, 8 apps were SNS related, and time spent on those apps represented 40.3 percent of the overall time spent on all 50 apps. (image: Kobiz Media / Korea Bizwire)

SEOUL, Jan. 18 (Korea Bizwire) — The share of SNS among the whole time spent on the 50 most used apps in Korea is 40.3 percent, according to an announcement from Ranky.com, a market research company, on January 16.

The company analyzed app usage times for the 50 most used apps by 60,000 mobile device users in Korea. Out of the 50 apps, 8 apps were SNS related, and time spent on those apps represented 40.3 percent of the overall time spent on all 50 apps.

However, the share of time spent on multimedia and webtoon apps increased to 17.1 percent from 11.1 percent in 2013.

KakaoTalk was the most popular out of the 50 apps, with a share of 22.12 percent. Naver’s share was 12.1 percent, ranking it second favorite among Korean users, while Youtube’s share was 9.64 percent.

However, the share of KakaoTalk in 2014 decreased from 26.28 percent in 2013, while the share of Naver increased, breaking ten percent for the first time. Youtube’s share also increased.

Han Kwang-taek, CEO of Ranky.com, said that the entertainment app market had been growing out of the momentum provided by gaming apps. However, this trend halted in 2014, and multimedia apps have taken a leading position in the market. He also said that he foresees that the growth of multimedia apps will be accelerated, as long as SNS apps remain popular, since users want to share multimedia on SNS apps with their friends and families.

One thought on “SNS Most Popular Apps in Korea”