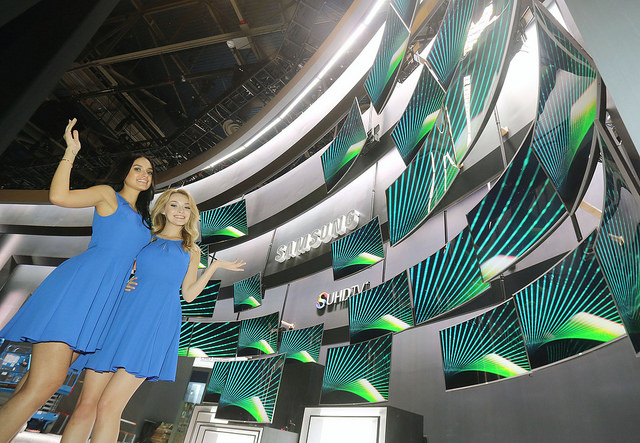 The companies announced at the Consumer Electronics Show (CES) under way in Las Vegas that they will participate in the UHD Alliance. (image: Samsung Electronics)

The companies announced at the Consumer Electronics Show (CES) under way in Las Vegas that they will participate in the UHD Alliance that will have other big names such as Sony, Sharp and Panasonic Corp. as members. The alliance aims at setting industrial standards for UHD products, the companies said.

“The alliance came as companies hold different resolution technologies and there are no clear UHD-related standards in the industry,” Samsung said. “The body will bolster the growth of the UHD-contents ecosystems and bring forth the era of the UHD.”

Global demand has been growing for UHD TVs over the past years, with the combined shipment of the product reaching 11.6 million units in 2014, soaring 700 percent from a year earlier, data by Futuresource Consulting earlier showed.

In the third quarter of 2014, Samsung Electronics accounted for 36 percent of the world’s UHD TV market, trailed by LG Electronics with 15 percent, separate data compiled by DisplaySearch said.

Other tech firms have been battling for standing ground in the sector and have debuted the latest technologies at the CES, offering more choices in screen size and design.

Samsung flaunted quantum dot TVs at this year’s CES, showing off screens in 65, 78 and 88 inches.

Quantum dot refers to a semiconductor nanostructure that improves brightness, visibility and power efficiency of displays. Samsung says TVs using the technology can display over 1 billion colors, 64 times more than TVs currently on the market.

LG Electronics showcased 55-inch and 65-inch UHD TVs that have applied the quantum dot technology at this year’s CES.

Japan’s Sony, which once ruled the global electronics market, introduced a 4.9mm-thin UHD TV to set a new record for slimness.

Chinese firms, rivals to Samsung in the smartphone sector, have come up with their own quantum dot TVs but have yet to begin mass production. 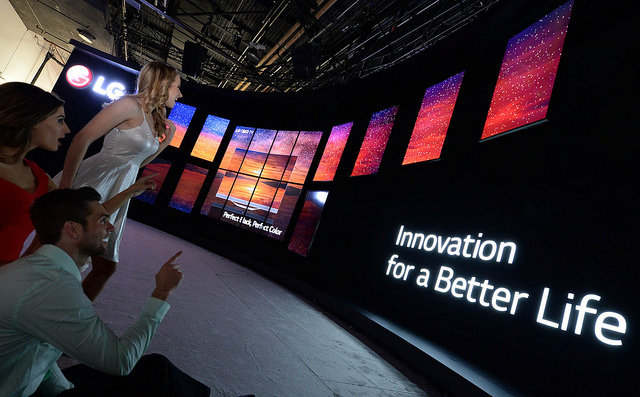