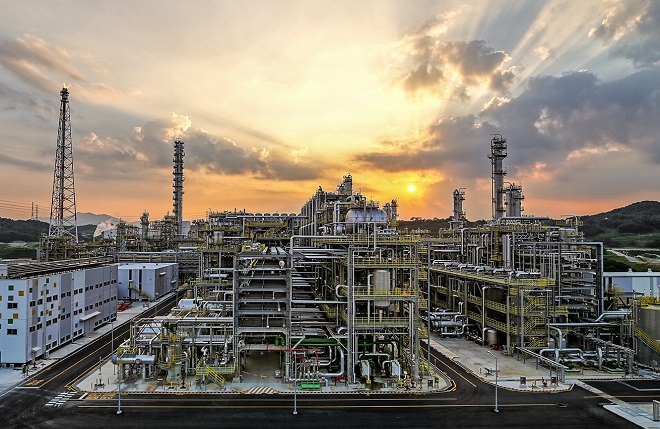 This photo provided by S-Oil Corp. on April 29, 2021, shows its petrochemical plant

SEOUL, May 8 (Korea Bizwire) — South Korea’s oil refining industry is expected to rebound in the first quarter thanks to surging global oil prices and a recovery in refining margins after hemorrhaging from the pandemic-driven slump last year, analysts said Saturday.

The four companies logged a total of 4.4 trillion won (US$3.9 billion) of operating deficit in the first quarter of 2020, and posted 5 trillion won of losses last year.

They are now on a recovery path in line with a hike in oil prices and cracking margins as major economies are easing restrictions on movement amid the vaccine rollout, which were supported by supply cuts from Middle Eastern producers to balance the market.

S-Oil and Hyundai Oil turned to the black in the first three months of this year, and SK Innovation and GS Caltex are also expected to post solid performances in their earnings releases next week.

S-Oil, the nation’s No. 3 refiner, last week logged a higher-than-expected operating profit of 629.2 billion won in the January-March period, the highest quarterly result in five years, also swinging from a loss of 1 trillion won a year ago. 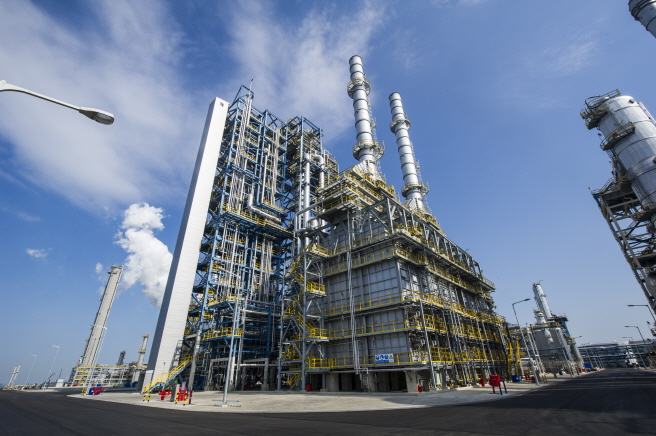 Market leader SK Innovation is expected to post strong petrochemical sales when it reports its earnings on May 13, with market research firm FnGuide estimating 378.2 billion won of operating profit for the quarter.

GS Caltex, a joint venture between GS Energy Co. and U.S. oil producer Chevron, is estimated to have posted over 483.3 billion won of operating income over the period, according to FnGuide. Its quarterly report is due on Monday.

Global oil prices, which stayed around $40 per barrel in the fourth quarter of 2020, rose to over $60 in the first quarter on strong recovery signs in the United States and China, the world’s two largest oil consumers.

The benchmark Singapore complex margin — a key measure of oil refining companies’ profitability — rose from $2.80 per barrel in late February to $3.20 in late April, sharply up from around $1 or even negative figures last year.

Analysts gave a bullish forecast for the refiners’ second-quarter earnings as pent-up summer travels in the U.S. and Europe is likely to give gasoline and jet fuel consumption a further boost.

“The operation rate of U.S. refining facilities is the highest in a year, and the global crude inventory has also been declining,” Yoon Jae-sung, a researcher at Hana Investment Banking & Securities, said.

“Demand for gasoline and jet fuel is recovering mainly in the U.S. thanks to the vaccine rollout.”