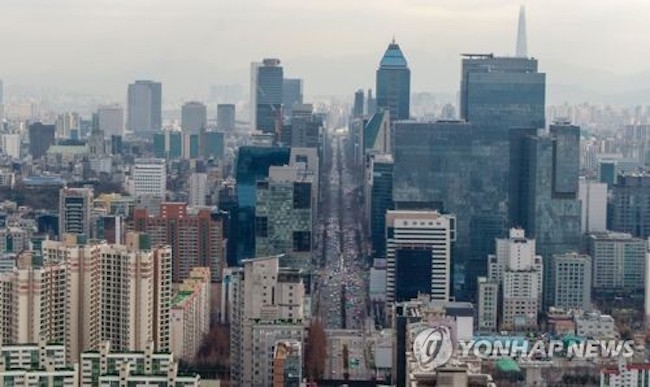 SEJONG, April 4 (Korea Bizwire) — The government has announced it will make changes to standing regulation so that drones may be flown at higher altitudes in high density building clusters without having to receive clearance before takeoff.

To account for the risk of drones crashing into one another while airborne or flying into a building, current protocol is to receive advance approval from the authorities before launching drones that will travel at altitudes higher than 150m either above ground level or above the top of a building.

In the city with its uneven skyline, this arrangement makes it difficult for special purpose drones, such as those launched by the fire department to inspect a building’s fire-resistant qualities, to take to the air without first requesting flight clearance.

Once regulatory revisions are made, by distances of 600m, drones will be permitted to travel at altitudes up to 300m above the tallest building in the 600m range without requiring advance approval.

The green in both the left and right image shows where drones can fly without needing to receive advance approval. The image on the left shows current regulation; the image on the right shows fly zones after regulation is revised. (Image: Ministry of Land, Infrastructure and Transport)

The Ministry of Land, Infrastructure and Transport is planning for the regulatory revisions to go into effect in August.