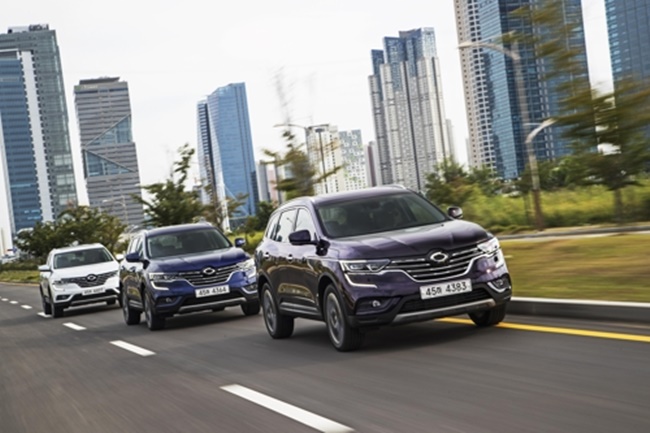 The 2.0-liter gasoline-powered QM6 went on sale in the domestic market Friday, with the same model mated with a 2.0-liter and 2.5-liter mills already available in overseas markets, such as Europe, Australia, Russia and the Middle East, since May last year, a company spokesman said.

Renault Samsung aims to export 40,000 QM6 SUVs, both powered by diesel and gasoline, this year, the company’s President Park Dong-hoon told reporters. This is a sharp increase of 42 percent from 28,241 QM6s shipped out a year earlier.

The increase was helped by robust exports of the QM6. In August, QM6 shipments jumped to 3,683 from a mere 348 a year earlier, the company said.