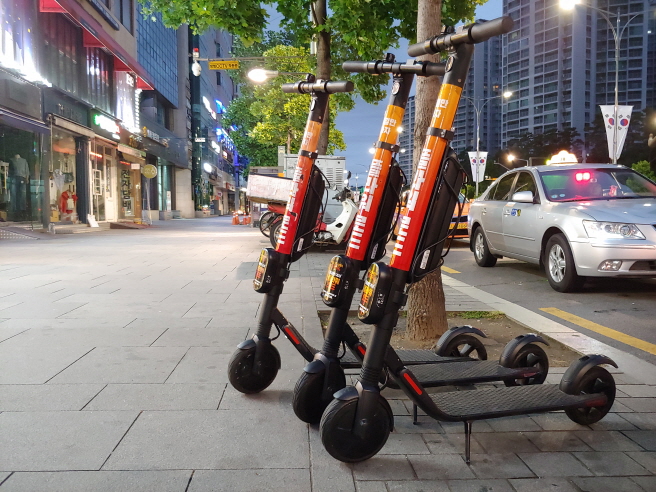 SEOUL, Jul. 29 (Korea Bizwire) — As the number of users has surged due to the recent expansion of electric scooter sharing services, related traffic accidents are also on the rise.

The majority of the accidents were found to be caused by the user’s poor adherence to traffic regulations.

According to Samsung Fire & Marine Insurance Co. on Saturday, a total of 488 traffic accidents were reported over the three years from 2016 to 2018.

The reported accidents were caused by electric scooters and vehicles colliding on the road. The accidents were severe, killing two people and seriously injuring 12 people.

Region-wise, accidents were frequent in Seoul and Gyeonggi Province, where sharing services were most widespread.

At the time of the accident, 87.4 percent of the users of electric scooters were not wearing safety helmets.

Under the Road Traffic Law, one must wear a safety helmet when riding an electric scooter.

However, the reality is that responsibility to wear a safety helmet is left entirely to users of the sharing service. It is hard to find a company that provides any service that checks whether users are wearing a helmet.

Of these accidents, some occurred when riding on a side road or while crossing a side road junction or a parking lot, and crashes while passing without moving slowly at a side road intersection without traffic lights accounted for the largest portion.

Meanwhile, under current road traffic laws, electric scooters are classified as “motorized bicycles” and are not allowed to make use of the sidewalk or bike paths.