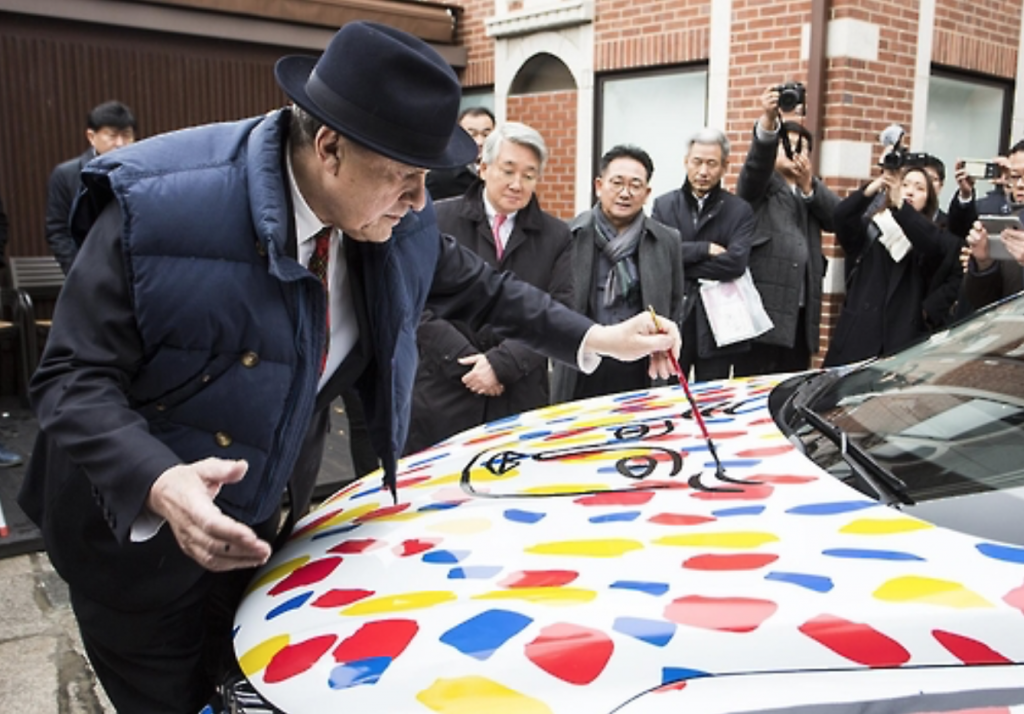 SEOUL, Dec. 14 (Korea Bizwire) – French pop artist and fashion designer Jean Charles de Castelbajac graced the stage for a special event hosted by Renault Samsung on Wednesday, during which he painted yellow, red, and blue, and a guardian angel on the bonnet of an SM6, the company’s latest sedan.

The event, dubbed “SM6 X Castelbajac Art Car Project,” was arranged to celebrate both the 130th anniversary of Korea-France diplomatic relations and the successful launch of the SM6, the development of which was also a joint collaboration between the two countries.

The guardian angel was painted to acknowledge the selection of the sedan as the safest car of the year by the Ministry of Land, Transport and Maritime Affairs. 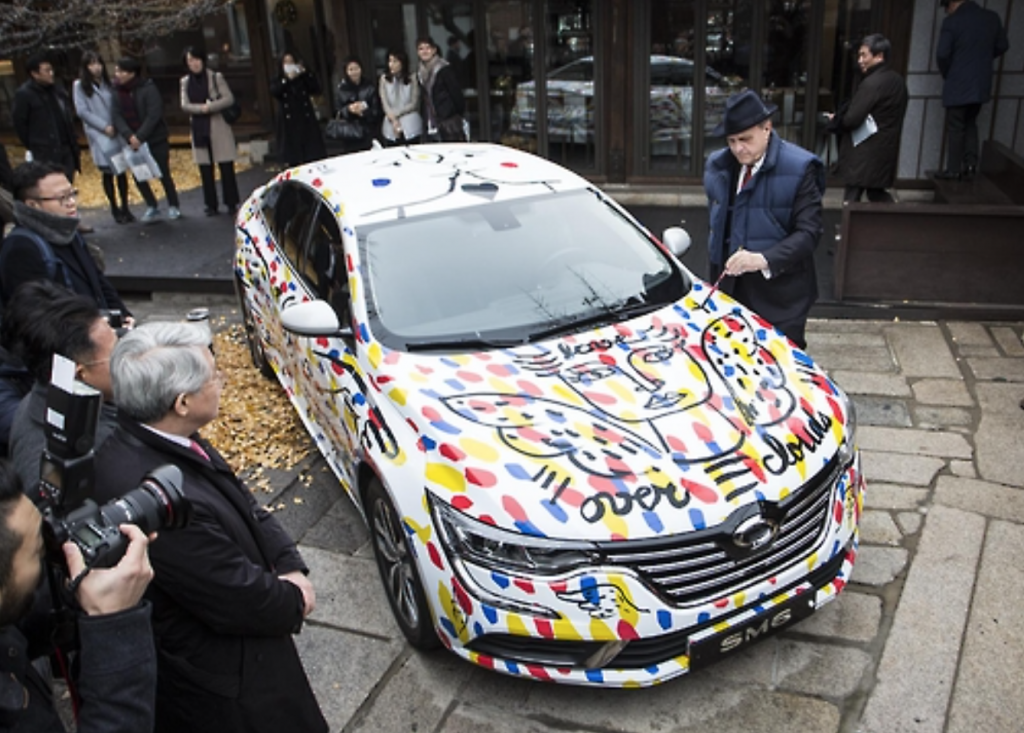 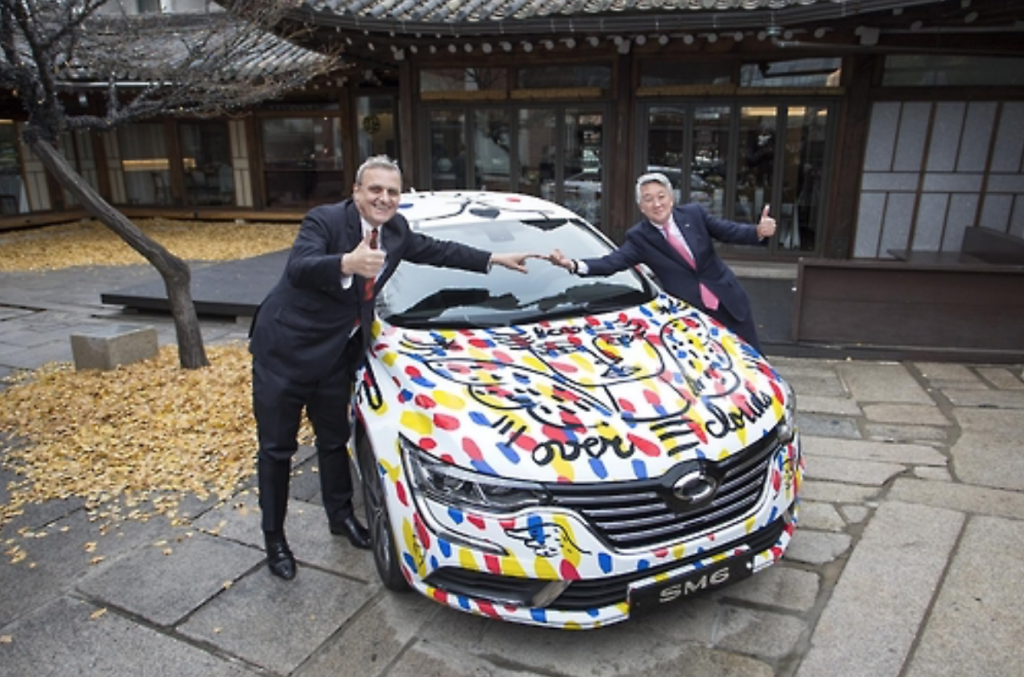