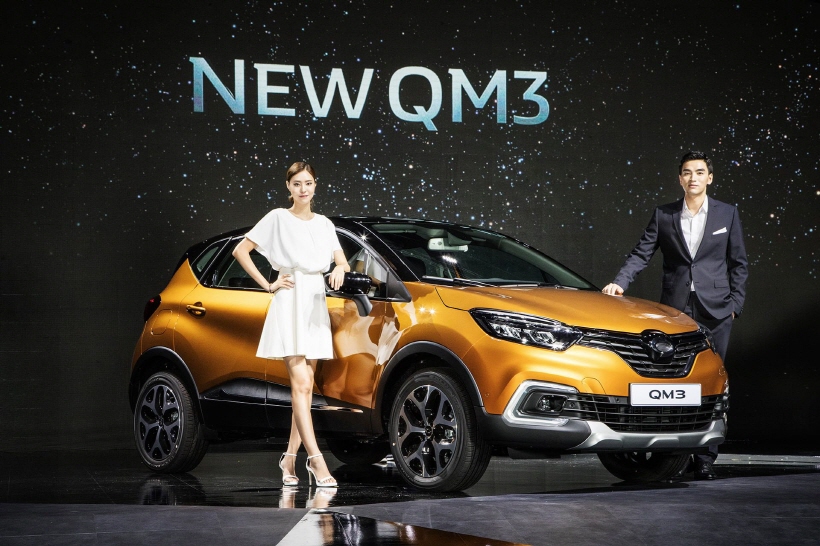 The domestic growth is in line with the booming global subcompact SUV markets fueled by the steady pace of the global economic recovery and cheap oil prices.

The South Korean unit of French automaker Renault S.A. said it will start the sale of the improved QM3 powered by a 1.5-liter direct Common-rail injection (dCi) diesel engine next Tuesday. The vehicle’s engine is mated to a six-speed dual-clutch transmission.

All QM3 subcompact SUVs are built in Spain and shipped to South Korea for sale here. In the January-June period, Renault Samsung sold a total of 6,194 QM3s, up 2 percent from 6,073 units a year earlier.

The revamped QM3 has the same “unrivaled” fuel economy of 17.3 kph on 17-inch wheels as the previous model. It, however, comes with a suite of new safety features, such as a frontal collision avoidance system, blind spot warning and hill start assist, the company said.

SsangYong and Renault Samsung have made some changes to their existing models, but GM Korea has yet to upgrade its Trax crossover.

In South Korea, Renault Samsung was behind four other carmakers in terms of first-half sales. It domestically sold 52,882 cars in the first six months, down 13 percent from 46,916 units.