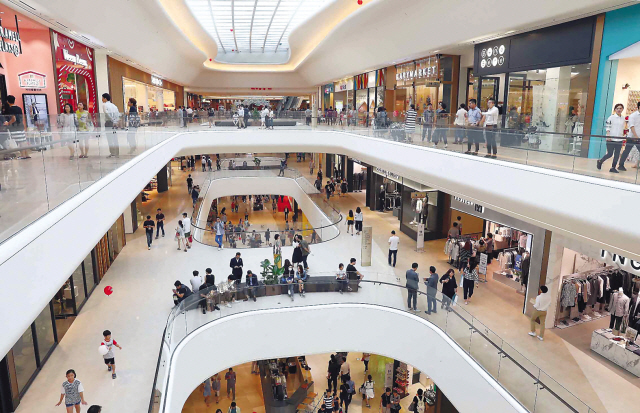 In addition, unlike the belief that consumers will engage in online shopping during lunch, breaks, or before they go to bed, it was also revealed that many shopped during work hours.

DMC Media, a South Korean media lab, reported the stark differences in perception between the industry and consumers.

What’s surprising is that there were more consumers using offline stores than the web (72.8 percent), which indicates that consumers still have the desire to take a look at products in person before proceeding with a purchase.

While offline stores are falling behind in the competition with e-commerce, online consumers are still acquiring shopping information through offline stores, which may indicate a path towards finding a breakthrough.

In contrast, online marketers have been underestimating the importance of offline stores at 30.7 percent.

Online marketers also had different ideas about the time frame when most consumers engage in online shopping.

Marketers expected that consumers would not engage in online shopping during working hours (9 a.m. to 6 p.m.).

When choosing an online shopping mall, both consumers and the industry looked at the price (29.4 percent) and product quality (23.4 percent).

There was a gap between consumers and industry when choosing the third most important factor, however, as consumers looked at points and coupons (9.4 percent) while the industry went for delivery speed (4.8 percent).

This shows that the rising competition over delivery does not entirely meet the demands of consumers.

To put it differently, the shopping industry has been going one step further than what shoppers actually desire, as most consumers turned out to be less likely to demand new services or change preferences than the industry expected.

This trend is corroborated by the fact that consumers click less on the advertisements posted on Instagram, Facebook, and other social networks (50.7 percent) than those accessing a portal website (69.1 percent), and that consumers prefer both open markets and offline stores.

“Making a strong impression on consumers at offline stores through special programs will not only raise short-term profits, but also increase brand loyalty and encourage them to come back,” said the DMC Media research team.