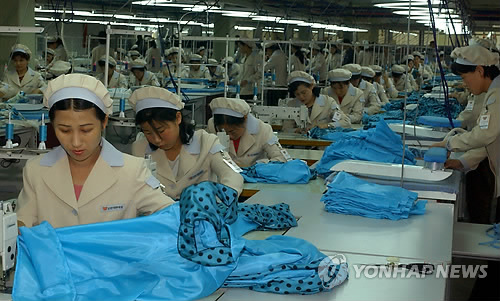 When the Kaesong Industrial Complex in the North’s border town of the same name started operations in 2004, Seoul agreed with Pyongyang to pay the rent for the North Korean land used by South Korean companies from 2015 after negotiations on the amount. (image: Yonhap)

SEOUL, March 11 (Korea Bizwire) — The controversial issue of land use fees in a joint inter-Korean factory park in North Korea is expected to add fuel to the already-growing tension between the Koreas over the project, officials said Wednesday.

In November, the North’s Central Special Development Guidance Bureau in charge of the industrial complex notified its South Korean counterpart of its intention to start talks on the rent issue, according to the officials.

When the Kaesong Industrial Complex in the North’s border town of the same name started operations in 2004, Seoul agreed with Pyongyang to pay the rent for the North Korean land used by South Korean companies from 2015 after negotiations on the amount.

But the negotiations are widely expected to face a bumpy road, given a wide opinion gap shown in the countries’ previous exchanges on the issue.

In 2009, the North attempted to collect up to US$10 of rent per 3.3 square meters of land, but it faced strong opposition from South Korea, so the plan was dropped immediately.

Following the North’s notification in November, Seoul has decided not accept such a level of rent as put forth by the North in 2009, which could further mount the inter-Korean tension over the factory complex down the road, according to the officials.

The joint Kaesong factory park is already at the center of an inter-Korean feud after the North announced last month its unilateral decision to raise the minimum wage of North Korean workers in the park from US$70.35 to $74 starting with their March wages.

Seoul, however, rejected the wage increase decision and said it will punish any South Korean firms complying with the North Korean demand.

April 10 is feared to become a watershed in the inter-Korean tension over the Kaesong park as South Korean firms will start paying March wages that day.

South Korean officials have previously said that the North could take extreme measures, such as the withdrawal of its workers from the complex in a bid to increase pressure on the issue.

Amid escalating inter-Korean tension, the North withdrew its workers from the joint factory park in April 2013, leading to a four-month shutdown of the symbol of inter-Korean cooperation.