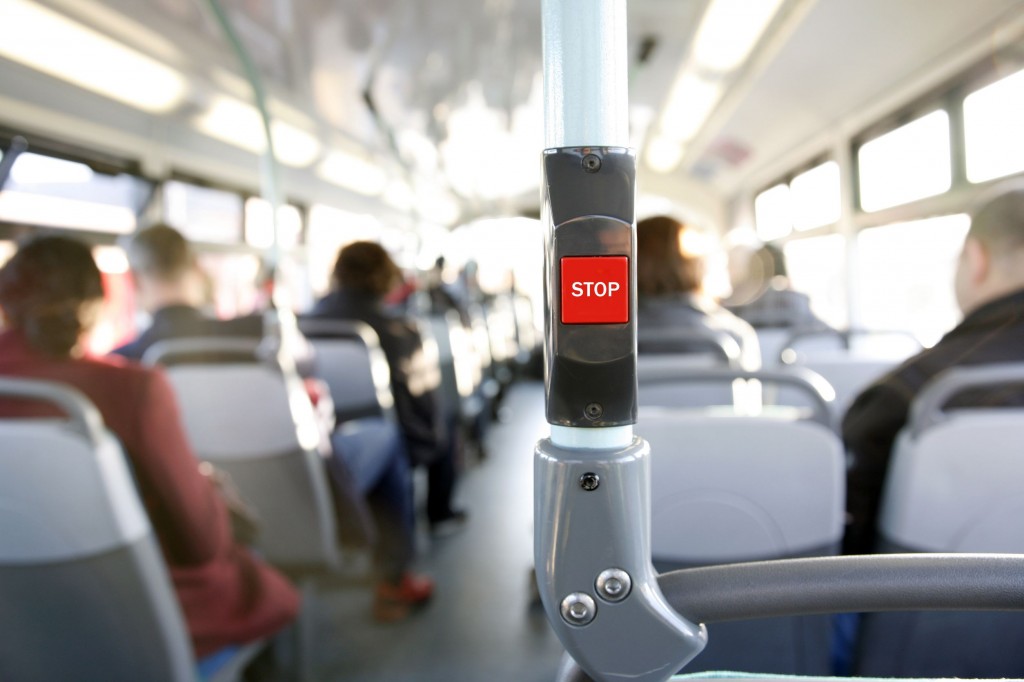 Currently there are red ‘request stop’ buttons by windows and on poles inside Korean public buses. People press these buttons if they wish to get off at the next station, alerting the driver to stop the bus. (image: KobizMedia/ Korea Bizwire)

BUSAN, June 17 (Korea Bizwire) – Have you ever missed your bus stop because you couldn’t get off the bus in time?

This happens occasionally on Korean public buses, where people sometimes fail to get off at their stops on time. However, a recent idea from two college students may help put an end to this frustrating problem.

Currently there are red ‘request stop’ buttons by windows and on poles inside Korean public buses. People press these buttons if they wish to get off at the next station, alerting the driver to stop the bus.

However, it becomes harder for passengers to reach the exit door in time when the bus is crowded, and by the time they reach the door the bus is already on the move. The same applies to elderly individuals who often take longer to move around inside a wobbling bus.

Considering such circumstances, two college students (Choi Seung-hoon and Lee Su-jin) from Pukyung National University submitted an idea to install additional ‘yellow buttons’, on top of existing ones that could help notify a bus driver if there were still passengers left inside the bus trying to get off.

“I often see people who couldn’t get off on time looking anxious or sometimes even yelling at the driver, which is where I got the idea for this contest,” said Choi.

The idea was submitted to the ‘University Students’ Social Welfare Ideas Contest’, at which it received the grand prize. The contest was organized by the Busan Social Welfare Development Institute, which will coordinate with the Busan Bus Transportation Association to implement the idea.