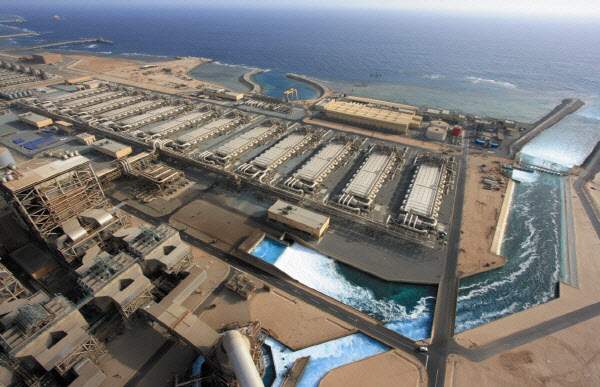 DAEJEON, July 8 (Korea Bizwire) — The state-run Korea Institute of Geoscience and Mineral Resources has developed new technology that can extract magnesium from condensed water (seawater condensed with salinity removed) as well as reducing emissions of carbon dioxide generated during the desalination process.

The amount of condensed water generated during the desalination process in South Korea averages 75,000 tons per day and is expected to shoot up to 175,000 tons within the next two or three years.

In particular, desalination facilities have been responsible for generating significant quantities of carbon dioxide since their electricity consumption is high.

The process of turning two tons of seawater into one ton of fresh water, in general, generates about 1.8 kilograms of carbon dioxide.

The research team succeeded in extracting magnesium by up to 99 percent by adding caustic soda into the condensed water that has been dumped as waste water.

When adding carbon dioxide, 90 percent of the magnesium can be turned into carbonate mineral.

The research team explained that up to 97 percent of the carbon dioxide generated by desalination facilities can be used in this process.