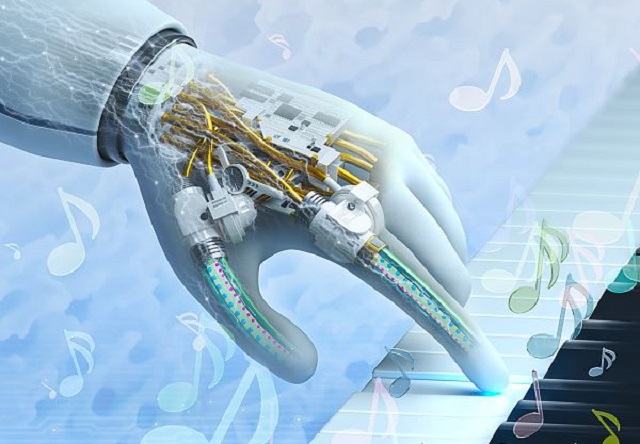 The National Research Foundation of Korea announced on Thursday that a research team from the Korea Advanced Institute of Science & Technology had developed actuator technology that ensures elaborate operation on the surface of smartphone or haptic displays.

Actuator refers to the device that transforms electric signal into mechanical movement.

In recent days, soft actuator research is actively underway, with focus on soft artificial muscle particularly in the areas of VR and AR games.

However, it was difficult to apply the soft actuator technology for low voltage devices such as smartphones since their response speed is too slow.

The research team developed a new-concept soft actuator that can operate rapidly even in a low voltage condition by using conductive high molecules and flexible porous ring compounds.

By using the actuator, the research team succeeded in a full-length play of the song “Happy Birthday” on a smartphone piano app. It also succeeded in flipping the page of an e-book and scrolling on a screen.

The artificial finger made of the soft actuator can operate smoothly even in a low voltage condition (0.5 V).

The research team said that by using the porous structure, it succeeded in maximizing the surface area, while enhancing the operating speed and responsiveness.