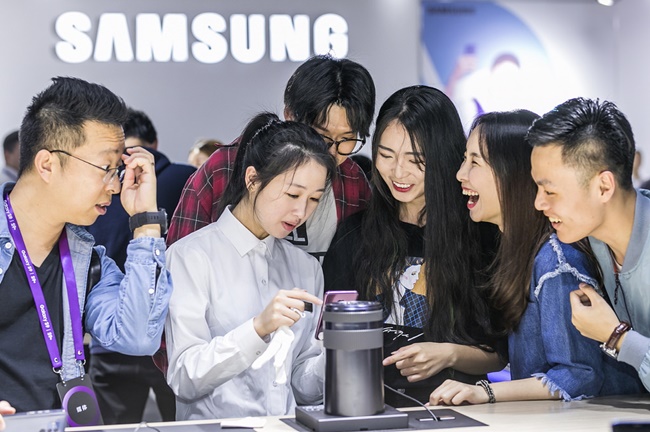 SEOUL, Apr. 23 (Korea Bizwire) — Samsung is reportedly considering the release of a less expensive version of the Galaxy S8 in China with the company’s high-end smartphones struggling to gain traction.

According to Samsung Electronics on Sunday, a new device with the model number SM-G8750 was recently approved by Chinese certification authority TENAA.

A number of reports have confirmed the device was certified under the name of ‘Dream Lite’, a nod to the Galaxy S8’s code name ‘dream’, and hinting at a low-end version of its 2017 flagship model in the Chinese market.

“We are considering the release of a Chinese-exclusive Galaxy S8 variant. The decision and the release date have yet to be confirmed,” a Samsung official said.

SamMobile has reported that the SM-G8850 model will feature a Qualcomm Snapdragon 660 processor, 4GB of RAM and a bezel-less 5.8-inch infinity display, with some of the premium features from the Galaxy S8.

Though smartphone variants are optimized for each country and typically released after flagship models, the launch of a new version of the Galaxy S8 a year after its original release is seen as somewhat of an unusual move in the industry.

Industry experts speculate that Samsung’s decision to offer a cheaper variant is part of the company’s bid to expand its presence in China by pushing lower-cost alternatives to its premium devices.

By maintaining the flagship naming, Samsung hopes to keep a premium image with the new model, while also offering the device at an affordable price to win the hearts of customers in China, where its market share plunged below 1 percent recently.

Strategy Analytics speculates the figure will remain at a similar level in the first quarter of this year.