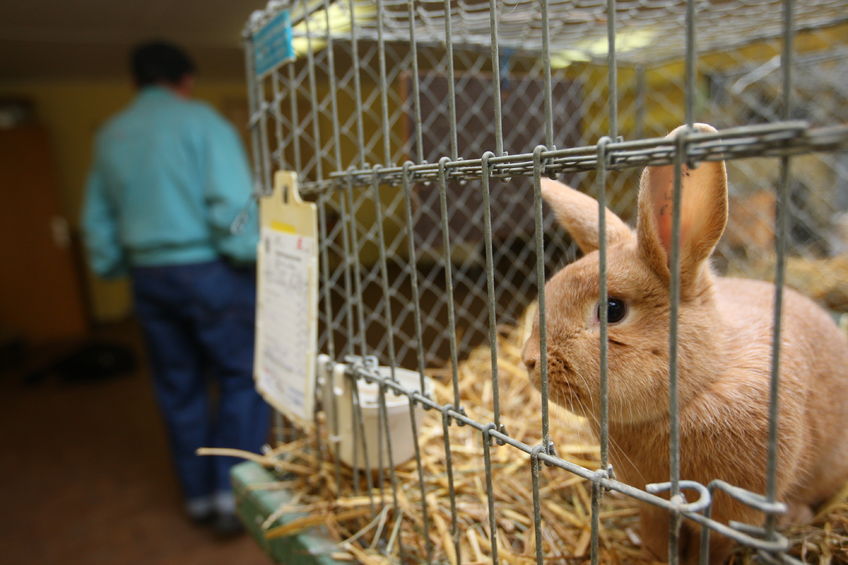 The Korea Association for Animal Protection (KAAP) has criticized South Korea over the growing number of animal experiments conducted in the country. (Image: Kobiz Media)

The Korea Association for Animal Protection (KAAP) has criticized South Korea over the growing number of animal experiments conducted in the country.

“Cruel animal experiments which only serve the interests of human beings are irresponsible and unnecessary and must be stopped,” the group said during a press conference held at Gwanghwamun Plaza on Tuesday.

“Animal experiments are not only unethical but also face criticism for not being scientific. However, South Korea is bucking the trend and a rise in the number of animal experiments has made the country a haven for animal testing,” the group added on April 24, World Day for Laboratory Animals.

According to data from the KAAP, only 1.16 percent of diseases are shared between humans and animals, while the likelihood of animal testing and clinical trials generating similar results is estimated at between 5 and 10 percent.

The group argues nearly 100,000 people die each year as a result of side effects from new drugs that went through animal trials.

While animal experiments have become safer and more scientific in the way they are conducted in the U.S. and the European Union in recent years, South Korea is heading in the opposite direction, as the number of animal experiments has risen by 70 percent over the last five years, the group claimed.

“The current administration and other politicians need to introduce a policy to better regulate animal testing,” the KAAP said.

Following the press conference, animal rights activists staged a performance to raise awareness of the cruelty of animal testing, during which actors performed a scene where scientists use chains to restrain rabbits.

World Day for Laboratory Animals was established by the National Anti-Vivisection Society in 1979 on April 24, the birthday of Lord Dowding, the former president of the group.