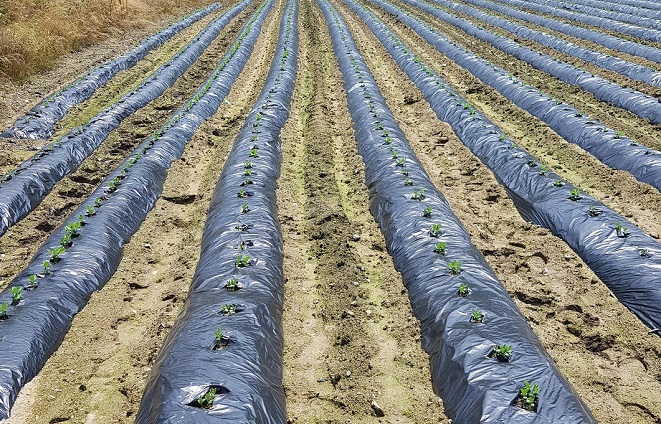 GOESAN, July 7 (Korea Bizwire) — Soybean seeds coated with iron, which has a smell that is offensive to birds, turned out to have a higher germination rate, drawing attention as a new bird repelling solution for farm use.

According to the Goesan Agricultural Technology Center on Monday, iron-coated soybean seeds were sowed in a 15-hectare plot in Goesan County, South Chungcheong Province in March on a trial basis.

The surface of the soybean seeds was coated with iron by inserting an appropriate amount of soybean seed, iron, adhesive, and calcined gypsum into a mixer.

The aim was to prevent birds from eating the seeds before they germinated.

Three months after the seeds were planted, the germination rate of the iron-coated soybean seeds turned out to be 95 percent, about twice as high as that of soybean seeds which were sowed in a general manner.

“We will promote the distribution of this new farming technique to contribute to improving the productivity of soybean-producing farms.”