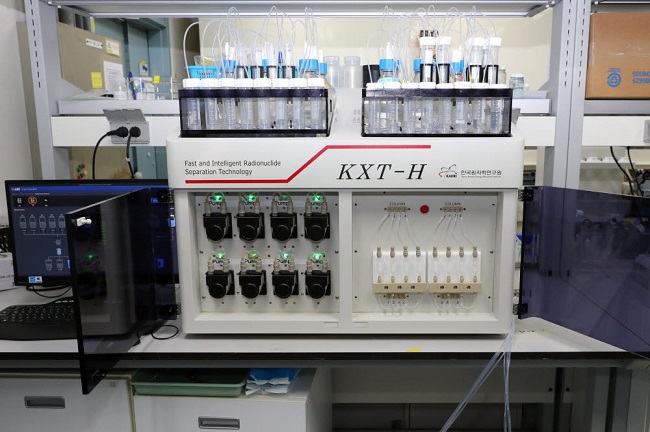 The new technology was developed amid growing concerns over the Japanese government’s decision to release contaminated water being stored at the Fukushima nuclear power plant into the sea.

Strontium-90 is one of the most common radioactive materials produced in a nuclear reactor.

The presence of radioactive contaminated water can be identified by measuring the quantity of strontium-90 in sea water.

Thus far, the precipitation method has been used to analyze the quantity of strontium-90 in sea water. This method repeats the process of adding ions to sea water to turn it into carbonic acid strontium and precipitating it several times.

This method, however, has limits since the analysis takes more than three weeks due to complicated processes.

As time passes, strontium-90 emits beta rays while being transformed into yttrium-90, with the quantity of strontium becoming the same as that of yttrium after 18 days.

Based on such properties, the research team measured the quantity of yttrium-90 using an yttrium 90-absorbing resin and an automatic nuclide separation device that was developed in-house.

With this method, the research team succeeded in indirectly measuring the quantity of strontium-90.