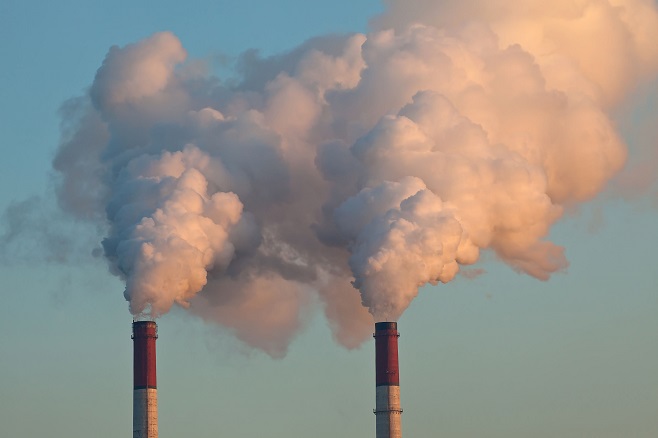 A joint research team from the Korea Institute of Science and Technology and Seoul National University said Sunday that it had developed a catalyst and processing technology that can effectively convert carbon dioxide into carbon monoxide.

In previous studies on the conversion of carbon dioxide into carbon monoxide, most laboratories used a high purity carbon dioxide gas as a reaction material, thereby having limits in the scope of applications in industrial areas.

The research team developed a nickel monoatomic catalyst based on the idea that production efficiency can be improved if general metals such as iron and nickel, for which reactivity is lower than that of gold or silver, are developed to have a monoatomic form.

Using the nickel monoatomic catalyst, transformative reaction is available even in a gas state, unlike the exiting method that generates carbon monoxide by melting carbon dioxide in the water and then having it go through an electrochemical reaction.

The research team found that carbon monoxide production efficiency can be increased up to 93 percent even with carbon dioxide at a low concentration of 10 percent of the exhaust gas level.