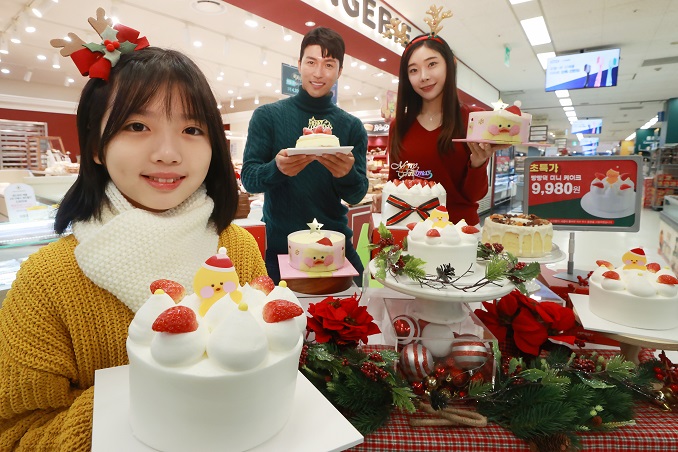 SEOUL, Dec. 2 (Korea Bizwire) – With the conspicuous consumption trend of the young generation in their 20s and 30s losing momentum due to high inflation, South Korea’s major retailers are releasing a string of low-price cakes ahead of the Christmas and year-end holiday season.

7-Eleven also joined hands with a custom cake brand to sell a limited number of 29,000-won mini cakes for one or two people.

Tous Les Jours, for example, is offering a 20 percent discount benefit to those who place pre-orders for cakes through its official app until Dec. 18.

Paris Baguette also launched a Christmas cake pre-order promotion offering a discount of up to 25 percent until Dec. 18.