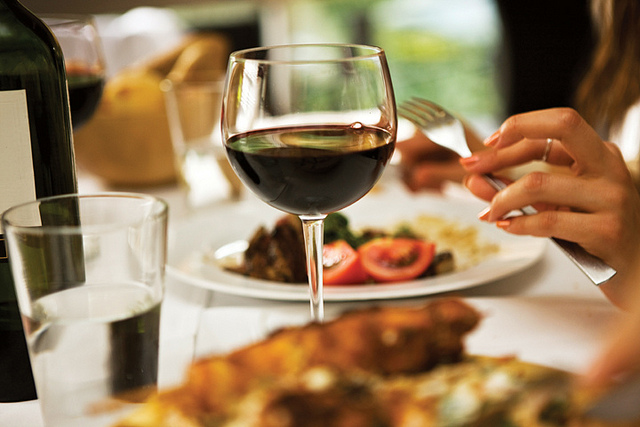 Why should Korean drinkers of grape ferment and suds pay more? (image:isante_magazine/flickr)

SEOUL, Korea, April 25, 2014 (Korea Bizwire) – The domestic selling prices of imported red wines are nine times higher than the import prices, with those of white wines and beers more expensive by 5.9 and 3.4 times on average, respectively.

According to the Fair Trade Commission and the National Council of Homemakers’ Classes on April 24, the average selling price of a 750-ml (25.4-oz) bottle of foreign red wine was 68,458 won, 8.9 times higher than the average import price of 7,663 won. This is despite the passage of free trade agreements with the United States and the European Union from which Korea import most of wines and beers.

Assuming the domestic price at 100, the average country-of-origin price of wines was 34.7 and that for imported beers at 79.3. Nonetheless, the import volume in wines and beers has risen at a rapid pace.

According to the Korea International Trade Association, the amount of imported wines for 11 months from January to November in 2013 was 29,191 tons, up 16.3 percent from the same period a year ago. As for beers, the import volume for the 11-month period was 7,813 tons, 31.5 percent higher than the comparable period in 2012.

Beginning in February 2012 when the tax authorities revised the liquor tax rules, importers don’t have to go through the middlemen to deliver the cartons of wine and beer to retailers and final consumers any more.

Even though the importers have to pay taxes such as import duties, liquor taxes, and education taxes, all of these have already been factored in the import prices. Then the only conclusion one can draw from this is the high price is exclusively due to the importers’ profiteering behavior.