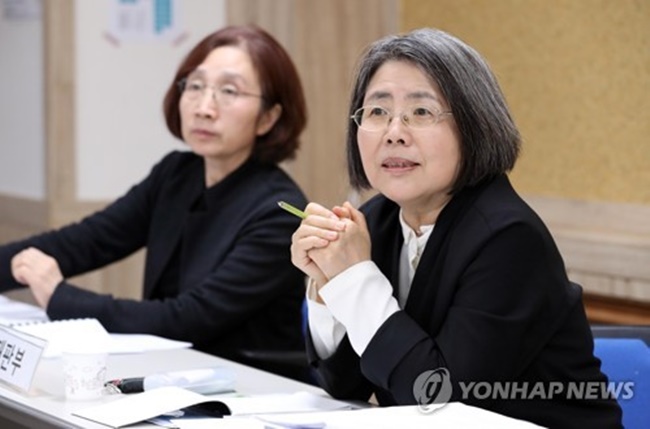 Kim Young-ran, who proposed the Kim Young-ran Act, a self-titled anti-graft bill, said, “I want to prove that our country can acknowledge its own wrongdoings and is more than capable of learning from its own mistakes,” during a press conference held on Wednesday. (Image: Yonhap)

SEOUL, April 13 (Korea Bizwire) — A renowned former Supreme Court justice has called on South Korea to acknowledge its involvement in the Vietnam War.

Kim Young-ran, who proposed the Kim Young-ran Act, a self-titled anti-graft bill, said, “I want to prove that our country can acknowledge its own wrongdoings and is more than capable of learning from its own mistakes,” during a press conference held on Wednesday.

The retired Supreme Court justice will oversee a mock trial organized by civic societies over the involvement of South Korean soldiers in the killing of civilians during the Vietnam War.

The mock trial will take place under the premise that two Vietnamese civilians will seek compensation for the damages they suffered from South Korean soldiers in Quang Nam Province where the Hà My Massacre took place in 1968.

Justice Kim will take on the role of judge, alongside lawyer Lee Suk-tae, who sat on the Sewol Special Investigation Commission, and Professor Yang Hyun-ah from Seoul National University.

“We put brackets around certain things in our history, including having a well-balanced view on past affairs and tragedies like the Sewol Ferry Disaster. Issues like the Vietnam War where we are the perpetrator are always hard to bring up,” Kim said.

“Having called on Japan to take responsibility for its wrongdoings, it’s high time we think of what we can do when the tables are turned.”

Kim noted, however, that the mock trial will look into civil liability, with a focus on the government’s responsibility, rather than each individual’s personal responsibility.

Judges hope the new trial will raise awareness of South Korea’s involvement in the Vietnam War.

“I hope this will signal the advance of human rights in South Korea. Instead of feeling uncomfortable for being depicted as a perpetrator, we can use this opportunity to look back on the past and self- reflect,” Professor Yang said.

The first mock trial on South Korea’s involvement in the Vietnam War will take place next Saturday at the Mapo Oil Depot in Seoul.