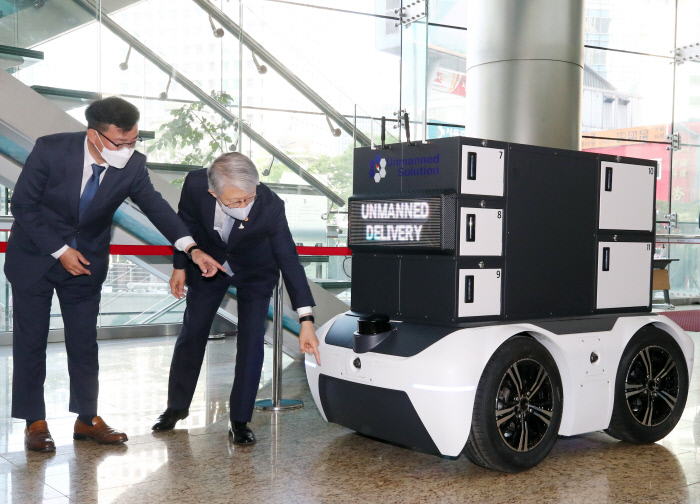 SEOUL, May 29 (Korea Bizwire) — Instead of going to a local post office to send a parcel, South Koreans will soon be able to go to an autonomous postal vehicle that makes its way around town for parcel shipping.

The Ministry of Science and ICT and Korea Post announced Thursday that it will begin a pilot operation of self-driving post cars and postal delivery robots, developed using 5G and AI technology, for 21 months starting in October at the earliest.

Making a reservation for postal mail or parcel via the Korea Post app will bring the post car to a designated location at a pre-selected time, allowing customers to use the unmanned postal service. 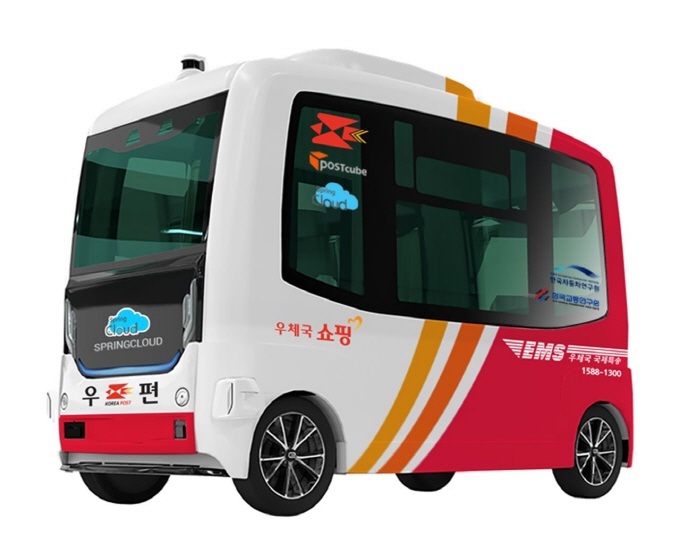 Those on the receiving end of mail or parcels can easily receive their shipments at a designated time and location by entering a password at the post car.

Delivery robots will be deployed mainly on university campuses and at large apartment complexes.

Just like self-driving post cars, sending a request to receive mail via the Korea Post app will bring the robot to a designated location, where customers can pick up their mail by entering a password.