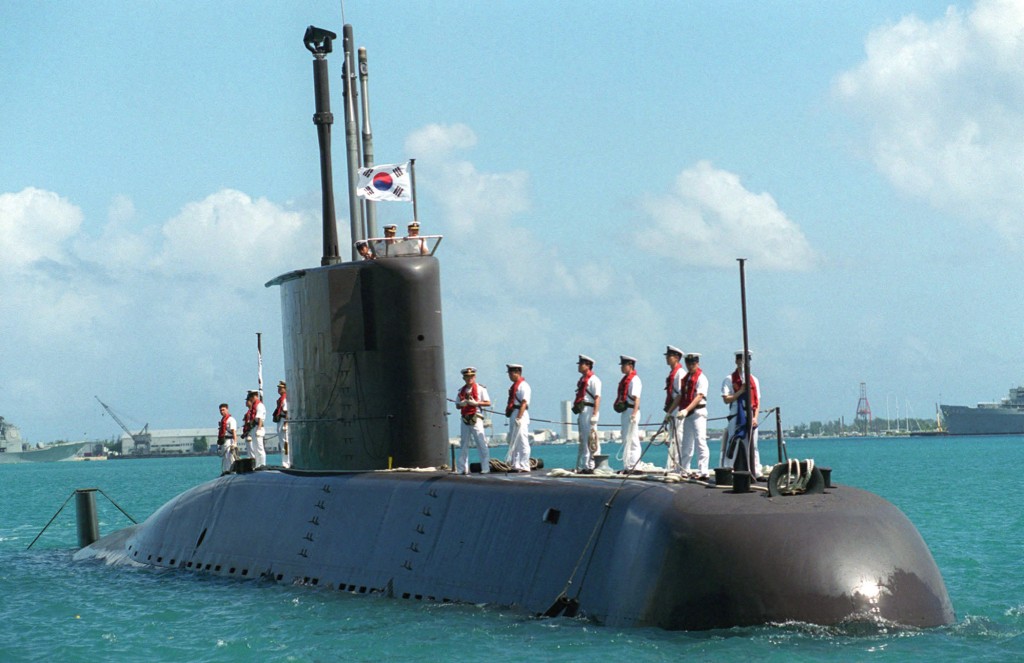 “South Korea’s military should consider getting nuclear submarines that can deal with North Korea’s SLBMs,” Chung Jin-suk, Saenuri’s party whip, also said. “(SLBMs) are a more serious threat compared to other land-based missiles as it is difficult to detect the launch point.” (image: Wikimedia)

The remark came as North Korea on Wednesday test-fired a submarine-launched ballistic missile (SLBM) in waters off its east coast. The South Korean military said the missile flew about 500 kilometers toward Japan, making the longest flight by such a missile launched by the communist country.

“South Korea’s military should move to deal effectively with North Korea’s SLBM threat by deploying submarines with nuclear propulsion that can better detect and attack North Korean vessels,” the lawmakers said in a statement.

“Pyongyang must stop military provocations that threaten not only Northeast Asia, but the entire world,” they added. “North Korea should take the path of peace and prosperity and realize that nuke tests and missile launches will only lead to self-destruction.”

The group is led by five-term Rep. Won Yoo-chul, along with 22 other lawmakers.

“South Korea, surrounded by sea at three sides, is vulnerable to North Korea’s SLBM threats. Deployment of a nuclear-powered submarines is needed to counter such provocations,” Won said.

A nuclear-powered submarine can stay submerged and hidden as long as it has fuel and supplies for the crew, making it harder to track compared to conventional diesel-electric subs that usually have to surface and operate a diesel engine to recharge its batteries. Such vessels can be assigned to patrol around North Korean submarine bases, without being detected, and trail SLBM-armed subs heading out to sea.

“South Korea’s military should consider getting nuclear submarines that can deal with North Korea’s SLBMs,” Chung Jin-suk, Saenuri’s party whip, also said. “(SLBMs) are a more serious threat compared to other land-based missiles as it is difficult to detect the launch point.”

Chung also urged opposition parties to join parliament’s efforts to press Pyongyang to give up its nuclear missiles, pointing at the pacifist stance of Choo Mi-ae, newly-elected head of the Minjoo Part of Korea.

“It is disappointing and regretful,” Chung said, concerning Choo’s plan to protest against the deployment of an advanced U.S. missile defense system in the country. “We need to make a rational decision based on the national interest when it comes to security issues.”

The South Korean government and Saenuri have been pushing for the deployment of the Terminal High Altitude Area Defense (THAAD) system against North Korean provocations, although liberals in the country have been protesting, fearing such a step will further escalate tension on the Korean Peninsula.

Commenting on growing calls for nuclear-powered submarines as a deterrent against Pyongyang’s increasing threats, the Ministry of National Defense said no such decision has been made on the matter.