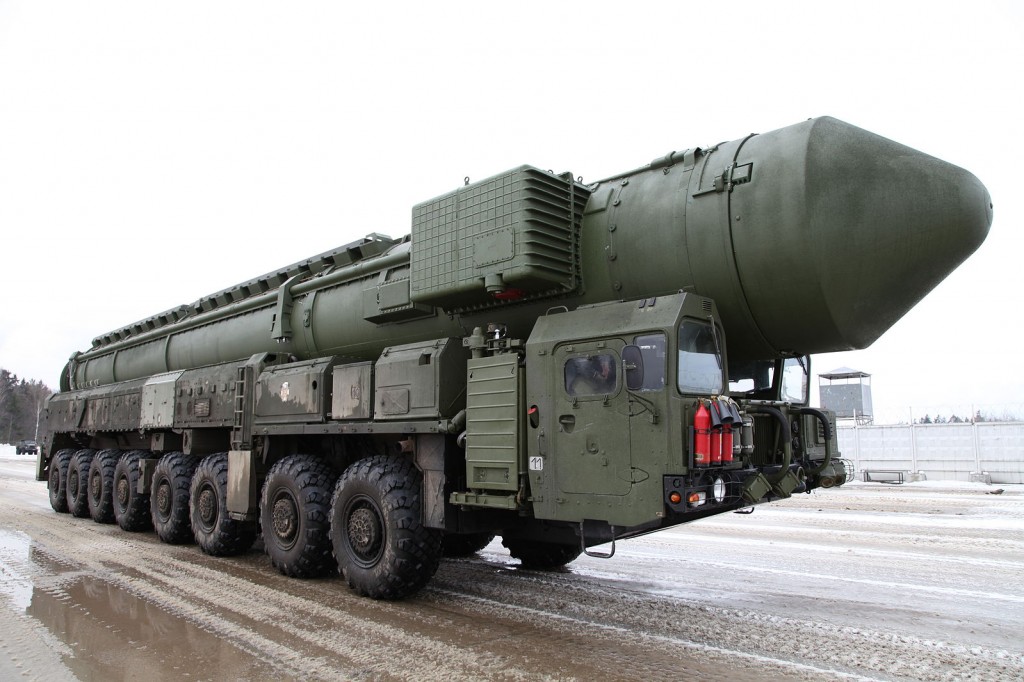 The Topol-M, also known as the RT-2PM2 or the SS-27 “Sickle B,” was first tested in 1994. It uses a three-stage solid-fuel rocket engine, and is fired from a mobile launcher or a missile silo, with a maximum operational range of 11,000 kilometers. (image: Wikimedia)

SEOUL, Jan. 18 (Korea Bizwire) – The Russian military has conducted another successful launch of its Topol-M intercontinental ballistic missile, which, according to officials, can penetrate the THAAD missile battery, the U.S. anti-ballistic missile system the South Korean government is looking to deploy.

According to local sources on January 17, a single Topol-M missile was launched from the Plesetsk Cosmodrome, flying a distance of some 10,000 kilometers and successfully striking a hypothetical target over the Kamchtka peninsula.

“The goal of the test launch was to confirm the flight stability of the Topol-M missile,” said Russia’s Defense Ministry in its official statement on Tuesday. “The warhead stuck the hypothetical target at the Kamchatka peninsula with precise accuracy.”

The Topol-M, also known as the RT-2PM2 or the SS-27 “Sickle B,” was first tested in 1994. It uses a three-stage solid-fuel rocket engine, and is fired from a mobile launcher or a missile silo, with a maximum operational range of 11,000 kilometers.

The 47-ton ICBM was deployed for combat in 1997, and each reportedly carries an 800-kiloton nuclear warhead, which is roughly 53 times more powerful than the atomic bomb dropped in Hiroshima. A model capable of a silo launch was deployed in 2000.

The Russian military announced two successful Topol-M test launches in the latter half of 2016, one in September and another in November. The missile launched in November, called the RS-24 Yars, was designed to be carried inside what is called a “nuclear train,” with the capacity to carry four to six independently targetable warheads.

Yars was first deployed in 2009, and it is supposedly capable of defeating enemy air defense networks, and can even penetrate the U.S. missile defense system.

Meanwhile, the ICBM soon to be added to the Russian missile arsenal is the RS-28 Sarmat, which can carry up to 15 megaton nuclear warheads with a maximum operational range of approximately 10,000 kilometers. Similar to Yars, it can penetrate enemy missile defense systems using aids including decoys.