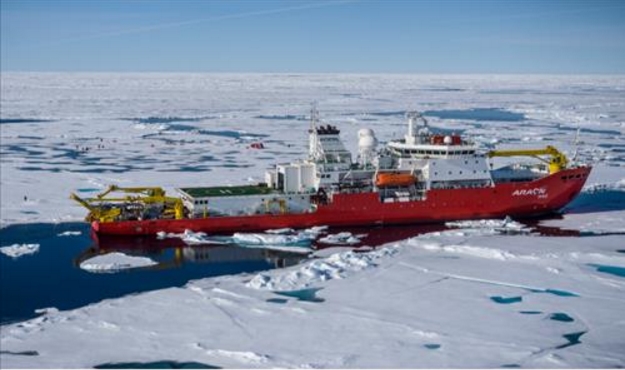 SEOUL, July 20 (Korea Bizwire) — The Ministry of Oceans and Fisheries announced that South Korea’s large icebreaker ‘RV Araon’ depart to North Pole on July 20 and be in exploration for 67 days across East Siberian Sea, Bering Sea, and Chukchi Sea.

Particularly, RV Araon is exploring, for the first time as South Korean icebreaking research vessel, the continent shelf of East Siberian Sea which is believed to be a large reserve of gas hydrates.

Gas hydrates are often referred to as ‘burning ice’ because they are ice-like substances mainly formed of methane gas that burns into flame when lighted.

This exploration-research will take a closer look at Arctic methane emissions and gather preliminary data for marine resource and environment studies. 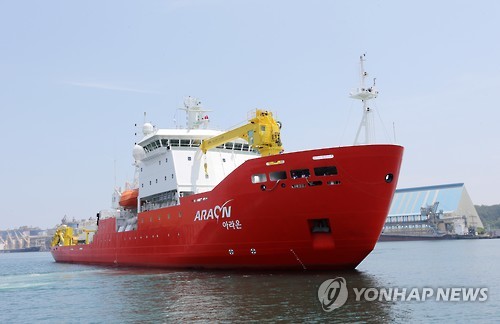 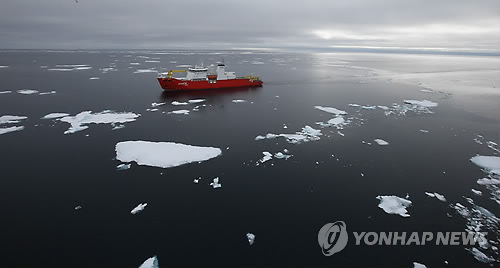