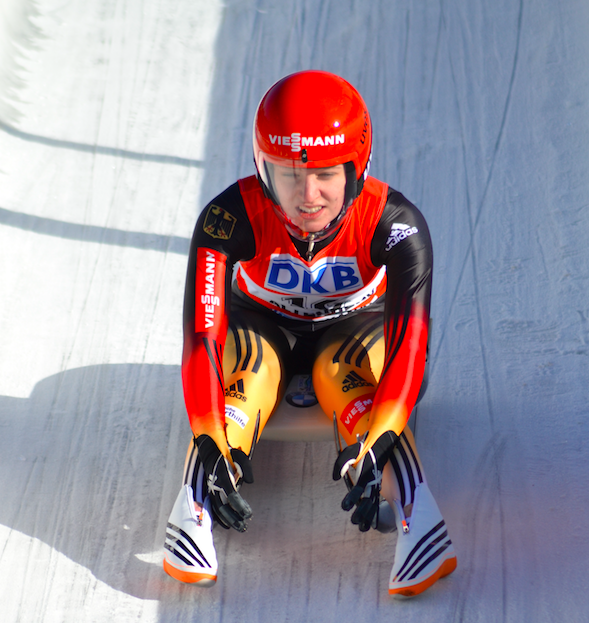 The Korean Olympic Committee (KOC) said it will recommend Aileen Frisch to the Ministry of Justice for special naturalization. (Image Credit: Wikimedia)

SEOUL, June 2 (Korea Bizwire) – South Korea’s top sports organization said it will ask the government to grant Korean citizenship to a German-born luger, giving her the opportunity to represent Korea at the 2018 Winter Olympics in Pyeongchang.

The Korean Olympic Committee (KOC) said it will recommend Aileen Frisch to the Ministry of Justice for special naturalization.

Frisch, who was trained in Germany (the world’s strongest luge nation), won gold medals at the World and European Junior Championships as well as the overall Junior World Cup in 2012.

The 23-year-old announced her retirement after she failed to join the German national team last year, but the Korea Luge Federation reportedly approached her through Sartor Steffen, a German coach on the South Korean luge team, and asked her to race for South Korea.

“In her 15-year luge career, she has shown consistently strong performances at almost all the tracks in the world,” the KOC said in a release. ”If she joins the national team, she is likely to guarantee a medal for Korean women’s singles and also be a great advantage in the team relay event.”

On the other hand, Won Yun-jong and Seo young-woo ended their 2015-2016 International Bobsleigh & Skeleton Federation (IBSF) season as the world’s No. 1 bobsleigh team, while skeleton slider Yun Sung-bin finished as the world’s No. 2 after winning one gold, three silver and two bronze medals in eight World Cup races.