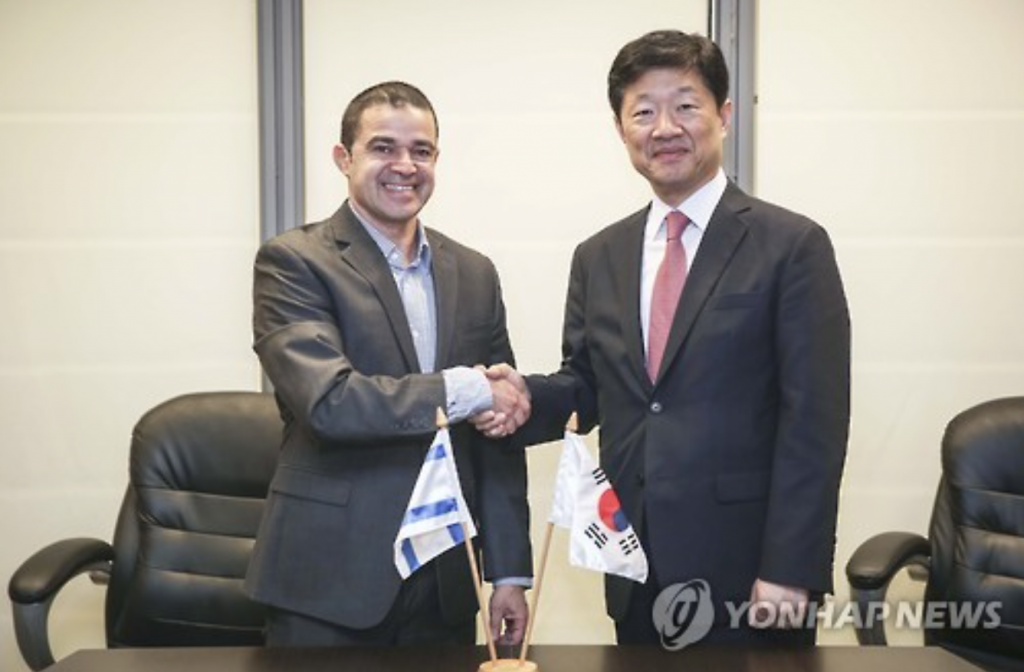 South Korea’s Vice Trade Minister Woo Tae-he (R) shakes hands with Amit Lang, director-general of Israel’s Ministry of Economy, in Jerusalem on May 24, 2016, after agreeing to start talks on a free trade deal in June, in this photo provided by the South Korean ministry. (image: Yonhap)

The Ministry of Trade, Industry and Energy said the first round of negotiations took place in Seoul, seven years after the two countries began discussions on starting FTA talks in 2009.

FTA negotiations between Seoul and Jerusalem had been stalled for seven years but progress was made after South Korea’s vice trade minister visited Israel in May.

Israel has signed free trade deals with 41 countries, including the United States. The country also has 3.5 percent of the world’s venture capital and is known for running a variety of support programs for tech startups.

South Korea has clinched a series of FTAs with major trading partners, including the U.S. and China, in recent years as part of its efforts to boost the growth of its export-reliant economy.