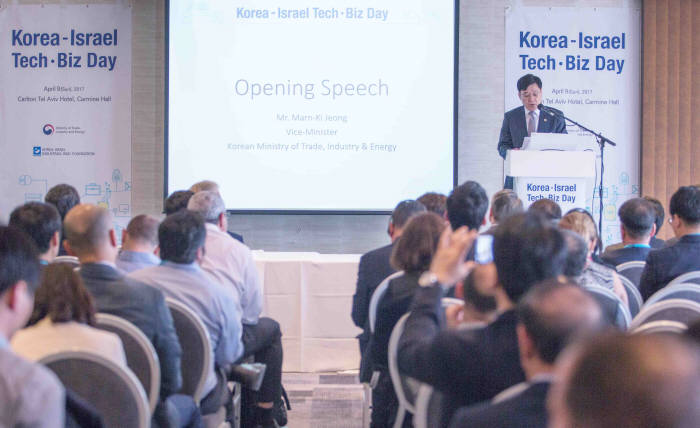 Israel is home to 3.5 percent of the world’s venture capital and is known for running a variety of support programs for technology startups. Trade volume between the two countries reached slightly over US$2 billion in 2015, according to South Korean government data.

Jeong is set to visit Britain to attend a session on bilateral technology cooperation on Tuesday, according to the trade ministry. On Wednesday, Jeong plans to meet with John Loughhead, Chief Scientific Adviser at the Department for Business, Energy and Industrial Strategy, for talks on technology cooperation between the two countries.

During his visit to London, he is expected to make a pitch for British investment in South Korea.

New foreign direct investment pledged for South Korea came to US$21.3 billion last year, up from the previous record of $20.9 billion set in 2015, according to the government data.