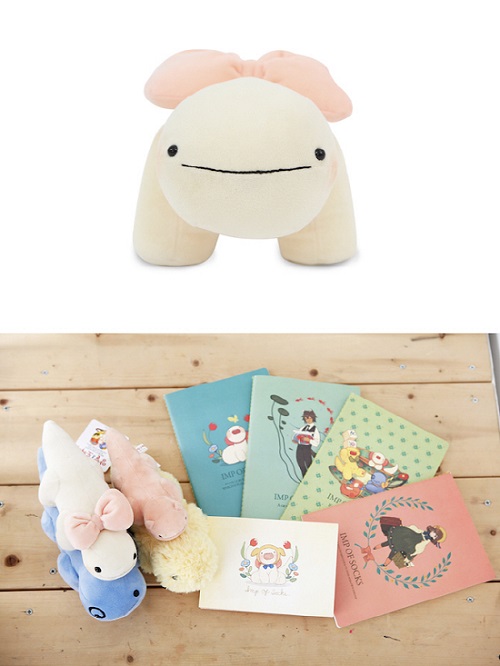 The leading character Meung-i of a webtoon entitled Socks Ghost is set for rebirth as a commercialized product on November 29. (image: Daum Kakao)

SEOUL, Nov. 29 (Korea Bizwire) – Over the past few years, movies and TV dramas based on webtoons have been increasing in popularity. Films based on online cartoons from Moss and Secretly Greatly to the most recent Fashion King are the talk of the town in the film industry. Misaeng, meaning an incomplete life, which is currently aired on a cable television channel and drawing huge public interest, is also based on a renowned namesake webtoon. Under these favorable circumstances, Daum Kakao is hoping to turn another page in the development of the webtoon industry.

The company plans to commercialize popular webtoon characters in a bid to create a virtuous circle within the industry. The portal site is set to lead the new business activities, developing characters while also distributing and promoting character products. By creating added value with the items, it hopes to generate revenue which will in turn help to nurture webtoon writers. It has already made an effort to develop the cartoonists through its own channels such as the Webtoon League.

As a result of these efforts, the leading character Meung-i of a webtoon entitled Socks Ghost is set for rebirth as a commercialized product on November 29. The protagonist was so popular among cartoon fans that some of them even made it into real doll. Meung-i items such as dolls, notebooks and daily planners are ready for launch. The merchandise can be purchased through the VVANT (www.vvant.kr) online shopping mall.

In order to carry out its plan, Daum Kakao will poll webtoon fans to determine which character will be the next to feature on its website. Anyone who enjoys Daum webtoons can participate in the survey. There will also be another event to provide Meung-i products to its fans at a 20 percent discount.

“As a founder of the webtoon industry in South Korea, we will try our best to nurture webtoonists as well as produce high-quality online cartoons to promote the industry,” a company official said. “It is very important to create a stable environment for the writers as well as support them financially. We want to grow together with the creators in the industry.”

One thought on “Daum Kakao to Commercialize Popular Webtoon Characters”